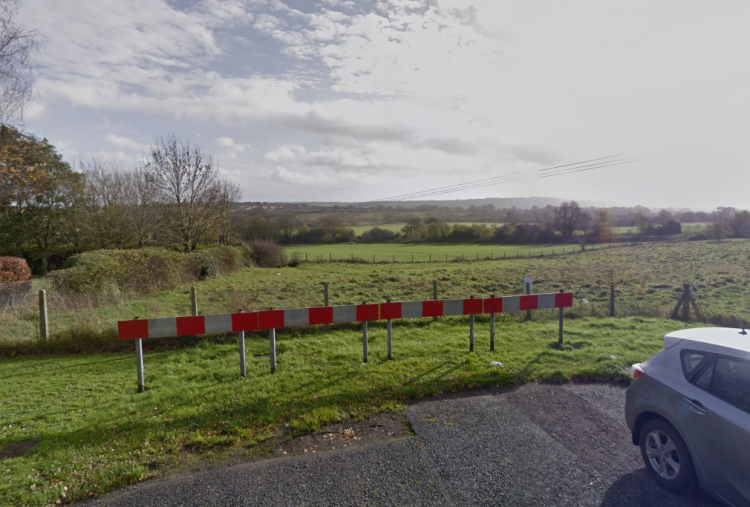 A woman claims her dog was savagely attacked by another dog in Chippenham.

The violent attack is said to have happened just after Christmas, on Tuesday 28 December, in fields behind Chippenham Community Hospital.

The victim says her pooch, believed to be a springer spaniel, had to have a “huge area of flesh reattached” by vets following the incident in broad daylight at around 12.30pm.

Veterinary bills reportedly totalled over £1,000 and consisted of more than 100 stitches.

“She’s had to go through horrendous pain, trauma and over a hundred stitches, costing over £1000 in vet bills so far.. and she’s still not out of the woods yet”, her owner said.

Adding: “The dog that attacked her was a larger spaniel type of dog. Black and white.”

The victim claims the owner of the dog that inflicted the injuries failed to remain at the scene or provide her details.

“[She] told me I was hysterical when I was desperately trying to hold the flesh onto my dog’s side”, she added.

“Yes I was in a bit of a state, but anyone would be. She dashed off saying her dog doesn’t usually go for other dogs.

“Maybe she was in shock or denial, but she needs to be held accountable and needs reporting to the dog warden as the dog is clearly dangerous.”

The dog’s owner is described as aged in her 50s or 60s with bobbed greying blonde hair.

Anyone with information regarding the incident should contact Wiltshire Police by calling 101 or the dog warden on 0300 4560107.

Being in charge of a dog dangerously out of control is a criminal offence under the Dangerous Dogs Act and applies to all breeds. Anyone found guilty of the offence faces up to six months’ imprisonment.

The court can also make an order to destroy the dog involved and ban the owner from owning dogs in the future.