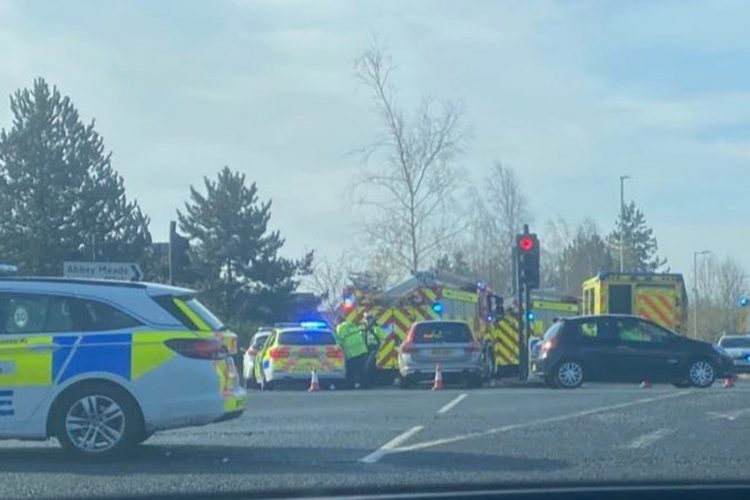 UPDATE: Crash as driver, 80s, dies at wheel of car on Thamesdown Drive in Swindon

A ‘serious crash’ has partially closed Thamesdown Drive in Swindon.

Emergency services are currently responding to a road traffic collision on the main route.

Wiltshire Air Ambulance is attending the scene, landing the helicopter in a field off Pennine Way.

Police have closed part of the road near the incident – at the junction with Elstree Way (closed to the Toby Carvery).

Dorset and Wiltshire Fire and Rescue Service has a fire engine on scene.

“A big blanket screen looks as though it’s covering a car”, an eyewitness told Wiltshire 999s.

They added that “more emergency services are en route” to what’s been described as a “bad crash”.