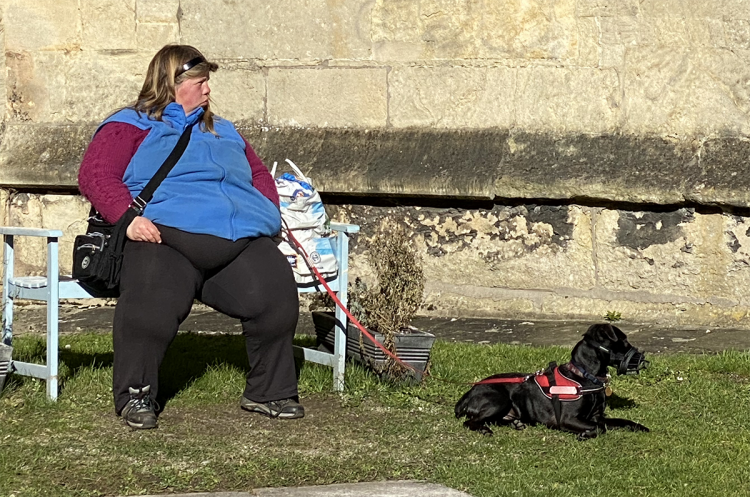 A Chippenham woman has been sentenced after her dog bit his third victim in two years.

Ann Jefferies, 47, appeared at Swindon Magistrates’ Court having pleaded guilty earlier this year to owning a dog that caused injury whilst dangerously out of control.

The court heard that the defendant, of The Butts, had received a community protection notice in April 2018 after her Patterdale Terrier bit a person. The notice required her to muzzle the dog, named Digby, in public places.

Despite that, just six months later in October 2018, Digby managed to bit another victim. As a result, Jefferies was issued a community protection warning – again with the condition to have the pet muzzled whilst out in public places.

Crown prosecutor Keith Ballinger said that on 25 January last year, he struck again – injuring Emily Meehan who was taking part in the Monkton Park parkrun alongside 226 other people, including many children.

During her second lap of the park, the victim noticed the Jefferies with the dog on a lead. It was pulling away from her, showing its teeth and the defendant was said to be aggressive towards it.

Hairdresser Ms Meehan consciously gave the dog a wide berth, but it pulled away and bit her thigh. Screaming and shouting, she tried to prise the dog’s jaw from her flesh with great difficulty.

She later went to the hospital’s accident and emergency department where it was confirmed her injections were up to date. Doctors sent her home with instructions to rest and she reported the incident to the police. The injury meant she cancelled a day’s work and couldn’t run for two weeks.

Ms Meehan is now fearful of all dogs, crossing the road to avoid even seemingly calm dogs. Mr Ballinger told the court that the victim says she has since seen the dog without a muzzle, stating in a statement that this made her “extremely angry”, adding that the owner has “clearly not learned [her lesson] from the incident”.

In an interview with police, Jefferies accepted she knew the dog didn’t like children and was asked to leave a dog training class due to persistent barking.

She also admitted she often forgets the dog’s muzzle and didn’t have it on her at the time of this attack.

Clare Gooding, defending, said the client has “taken on board the obvious issues that exist” and there have been no further incidents involving Digby.

She told the court Jefferies suffers from “thinking deficits” and can’t easily find ways around problems. But since the incident, she has been using a harness for better control and calming aromatherapy oil.

“She no longer goes to the park where the parkrun takes place and avoids crowded places, keeping the dog on a shorter lead at all times”, Ms Gooding said.

Adding: “The dog has been wearing a muzzle but it was causing irritation to the nose, the snout, so she only put the muzzle on in crowded places – but on this occasion forgot the muzzle.”

Jefferies is said to deeply regret that the lady was cause injury and would like to apologise.

Digby was rescued when he was a puppy. The previous owner’s children were boisterous with him and as a result, put him up for adoption. Then her elderly dog died, she wanted to replace him – this was around six years ago.

Ms Gooding said the defendant noticed a change in Digby’s behaviour following his castration – he had become more aggressive.

“She lives alone and is currently on furlough – she works at the local Travelodge”, she said. Adding: “He is her soulmate and companion”.

Following the recommendation of the probation service, Jefferies was sentenced to a 12-month community order with 10 rehabilitation activity requirement days. She must also abide by a curfew between 8pm and 4am daily – monitored by GPS tag – for three months.

Magistrates decided against the destruction of Digby despite this incident being the third occasion of him injuring members of the public.

However, a contingency destruction order was imposed – meaning if Digby is involved in any further incidents, he will be destroyed. Conditions of this order are that Jefferies must keep him muzzled and on a short lead in public.

“If the conditions are complied with, the dog is not a risk to public safety”, the chairman said.

Jefferies must also pay Ms Meehan compensation of £100 along with a victim surcharge of £90. No court costs were imposed.