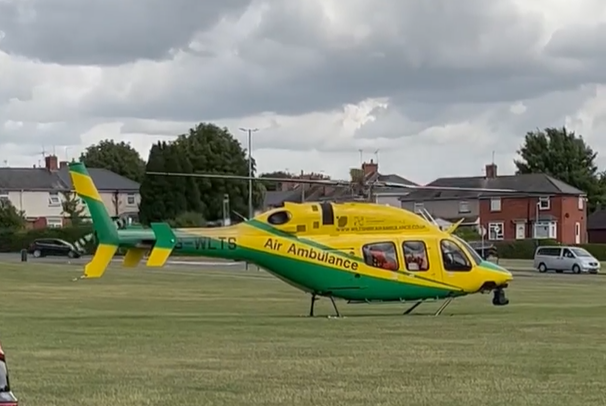 Wiltshire Air Ambulance was called to an incident in Swindon this afternoon (29 June).

The charity helicopter landed after two local ambulance crews and a rapid response vehicle responded to a casualty in Beech Avenue, Pinehurst, at around 3pm.

Paramedics worked on the patient inside an address for a short time before transferring him to hospital.

Wiltshire Air Ambulance, which landed on The Circle, swiftly left the location and returned to base.

Three police vehicles were also in attendance, but officers were understood to be assisting the ambulance service. The incident is not believed to related to criminal activity.