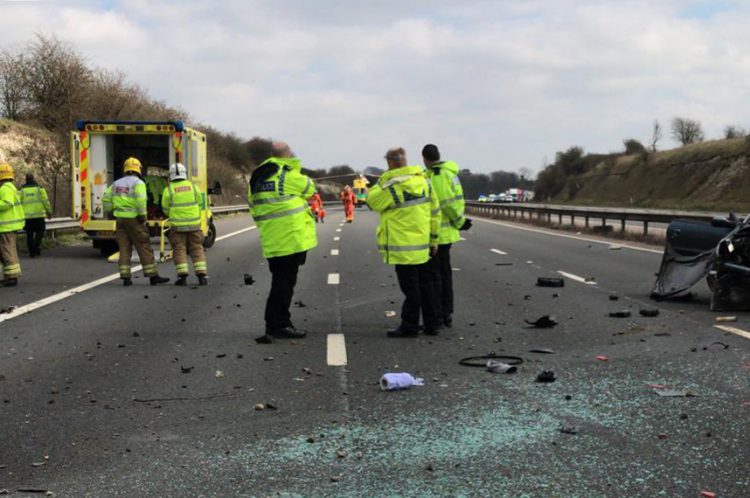 Wiltshire Air Ambulance has landed on the M4 for a serious collision.

Emergency services were called to the scene eastbound between junction 15 and 14 at around 12.15pm this afternoon.

The motorway is currently blocked as 999 crews deal with the road traffic collision.

Dorset and Wiltshire Fire and Rescue Service says all three lanes will be closed ‘for at least one hour’.

“We would urge motorists to avoid the area at this time and find alternative routes”, a spokesperson for Wiltshire Police said.

UPDATE 2.10PM: The M4 motorway has reopened in both directions.