An intoxicated man was robbed by two drug addicts as he lay on the pavement this evening.

Police officers were called to the scene in Manchester Road by a passerby who witnessed the vulnerable man being frisked by two females riding bicycles at around 7pm.

The man, in his 60s, suffered a head injury following the robbery, but this was a result of a fall. 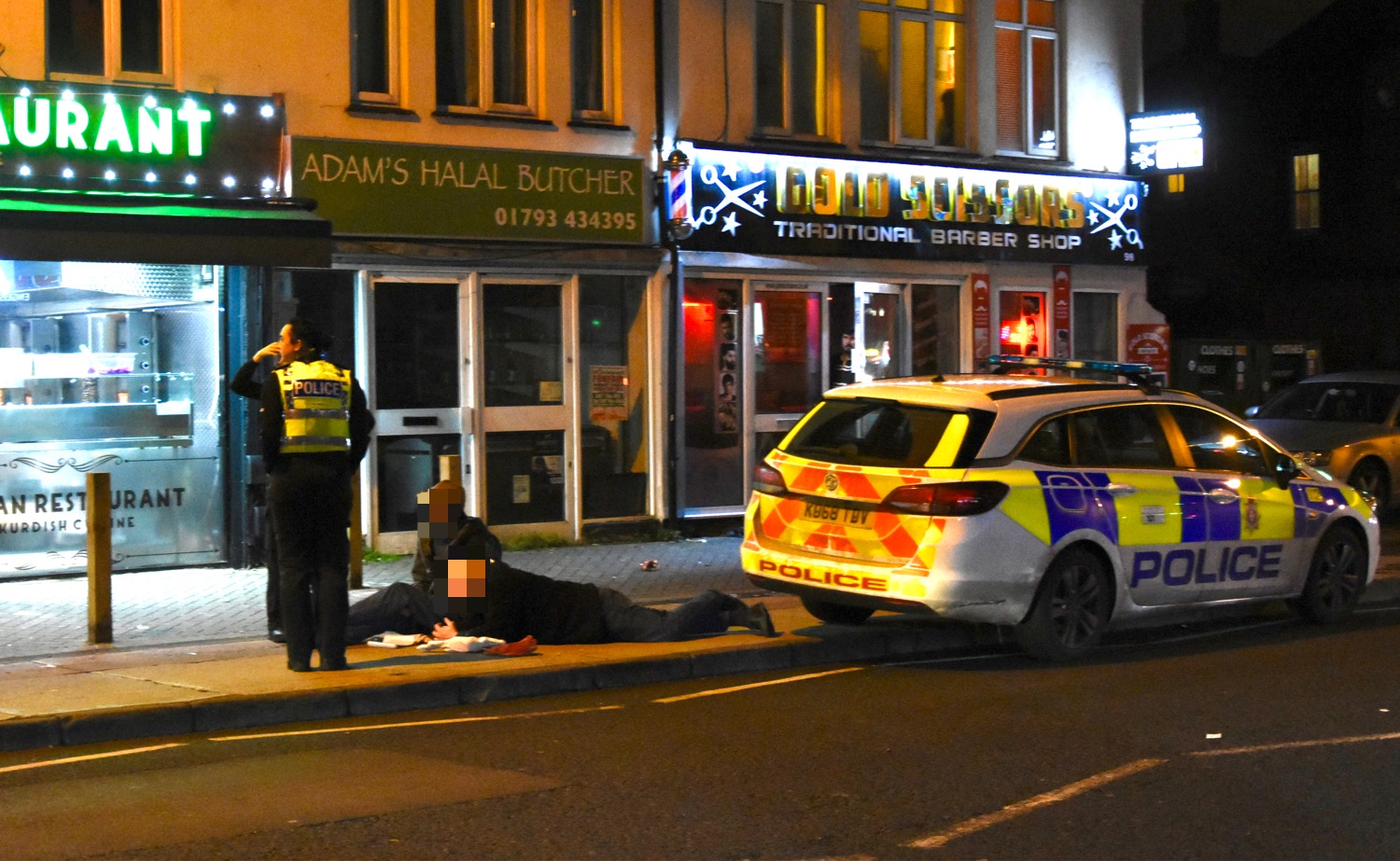 An ambulance was called by police at around 7.15pm, but at 8pm, it still hadn’t arrived at the scene.

A man, thought to be known to the casualty, spent some time sat with him on the floor, holding paper towels on his bleeding head.

Wiltshire Police are understood to be investigating the incident.