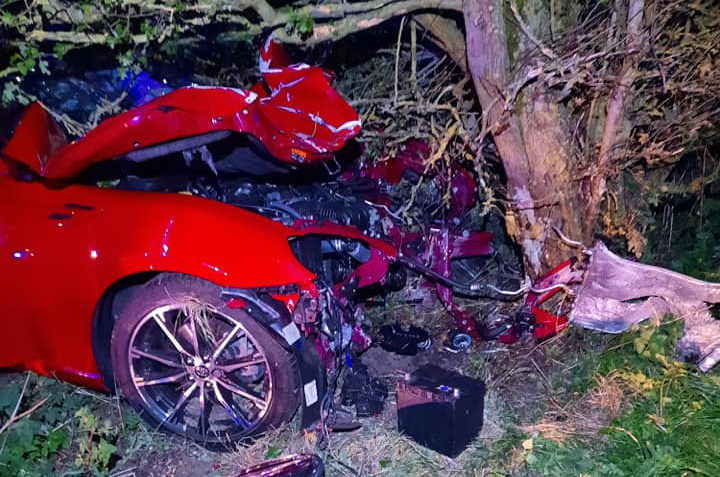 Two men have escaped serious injuries in a high-speed crash with a tree near Fairford.

Emergency services were called to the road traffic collision involving a sports car on an unnamed road between Marston Meysey and Fairford at around 9.45pm last night.

The red Toyota GT86 – worth around £30,000 new – suffered significant damage to its front end.

Two males travelling in the car, both in their 20s, were taken to hospital their injuries which are not believed to be serious.

One fire crew from Cricklade attended the scene alongside Gloucestershire Fire and Rescue Service. Firefighters provided emergency first aid prior to the arrival of the ambulance service.