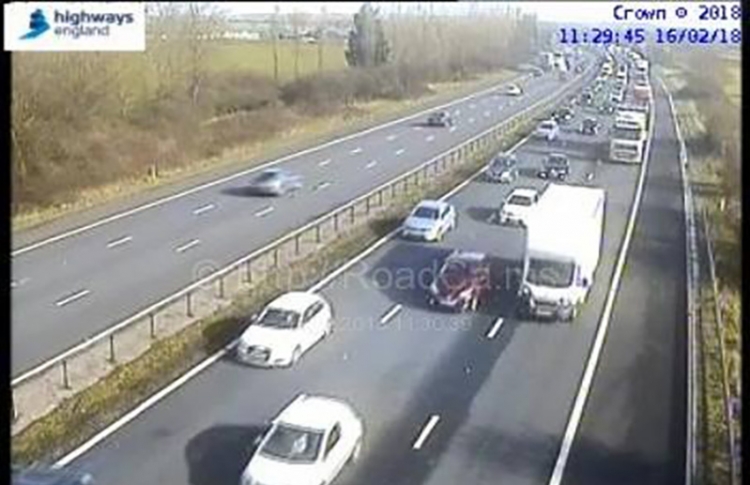 There are traffic delays on the M4 this morning, as firefighters tackle vehicle fire near Swindon.

The incident is westbound between junctions 16 (Swindon) and 17 (Chippenham).

Dorset and Wiltshire Fire and Rescue Service were called to the scene at around 10.45am, following numerous reports of a car far. On arrival, they found a vehicle engulfed in flames.

Lane one and two of three are closed, with delays expected for the next two hours.