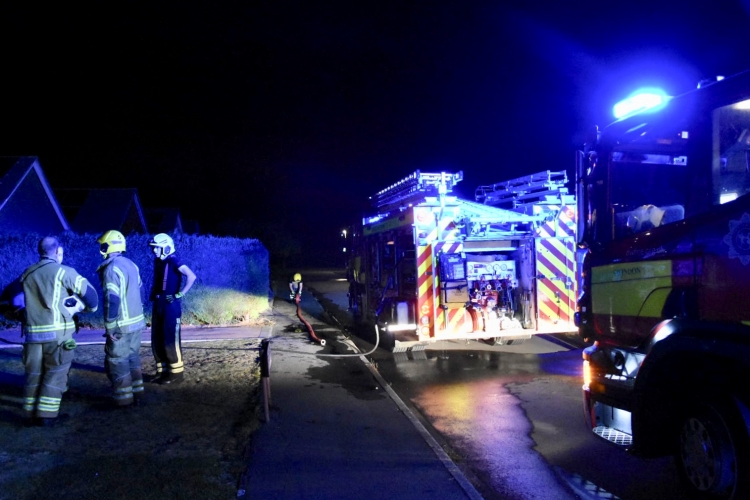 Three fire crews have attended a blaze in the garden of a bungalow in north Swindon tonight.

The emergency call came in to the fire service at around 7.45pm, reporting that a shed was ablaze in the garden of a home in Tees Close, off Severn Avenue in Haydon Wick.

The fire spread to a second shed within an adjoined garden, causing extensive damage.

A fire investigation officer is at the scene to establish the cause of the fire, but the service say Wiltshire Police haven’t been informed of the incident at this stage.

The homeowner, a man in his 70s, told our reporter at the scene that he attempted to battle the fire himself before calling for help. He said he regretted the decision to fight the blaze and wouldn’t do so in the future. He wasn’t injured.

The fire was out by 8.15pm after it was tackled by around 15 firefighters one three engines from Swindon and Stratton fire stations.

Scottish Southern Electric are also attending the scene due to how close the fire was to an electricity substation on Severn Avenue.