Three families have been temporarily re-housed whilst urgent repairs are made to a block of flats in Chippenham following a fire at the weekend.

The blaze broke out in the early hours of Saturday morning, with six fire engines responding to the incident at Stonewater housing association’s Hardbrook Court.

Fire crews from Chippenham, Corsham and Bath were sent to the scene in Audley Road at around 1.40am to tackle the flames within a bin store beneath the building.

The number of fire crews sent to the incident – including an aerial platform appliance – will be part of a pre-determined response based on the nature of the building – a three-storey apartment block housing a large number of residents.

A spokesperson for Wiltshire Police said that “at this stage there is nothing to suggest the fire was started deliberately”, meaning officers are not investigating the incident. 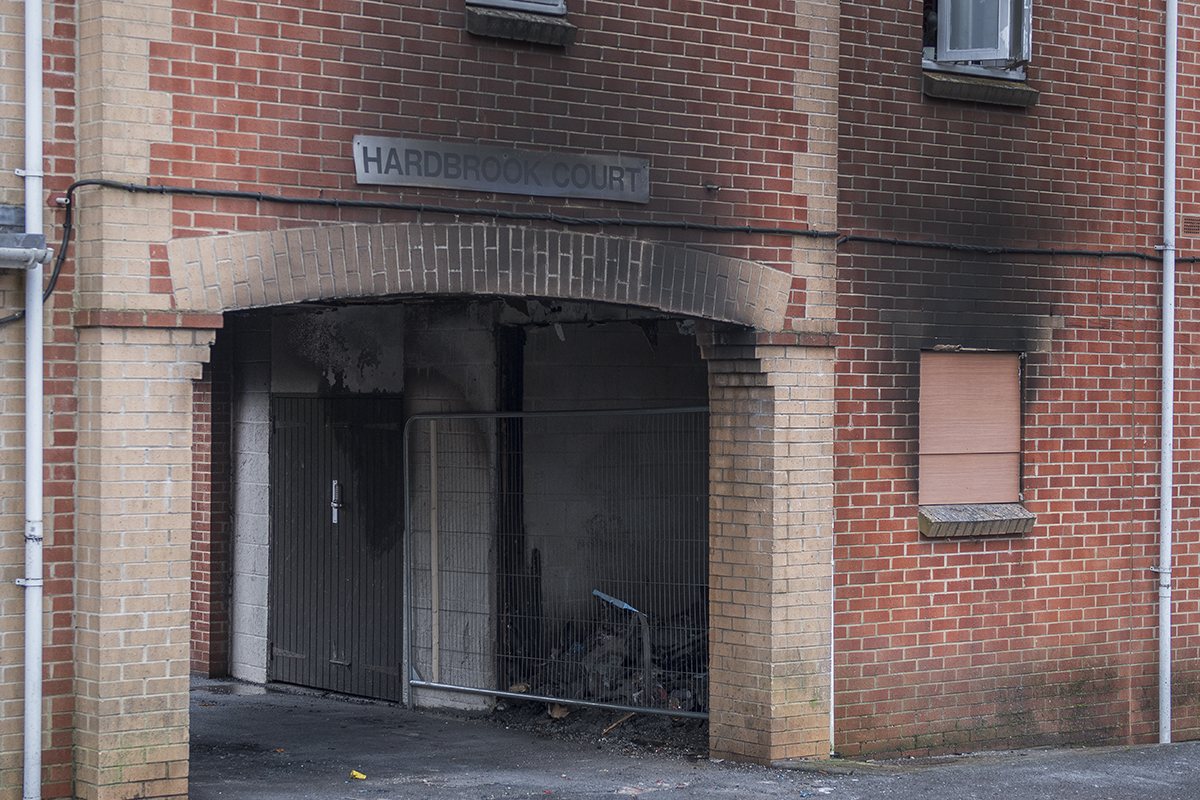 “The fire appears to have started in an external bin store at the property. Our first priority has been the safety and well-being of the customers that were affected by the incident.

“Our contractor is on site today (9th November) carrying out repairs and colleagues from Stonewater have also been at Hardbrook Court today to answer any customer queries.

“We will continue to secure the site to ensure the safety of the building and will be working with those customers that have been temporarily re-housed as a result of the fire to keep them informed as we learn more. The first of whom we anticipate will be able to return to their home later today.”

Urgent repairs, which will allow residents to return to their homes, are expected to be completed before the end of this week. Repairs to the bin store may take longer.