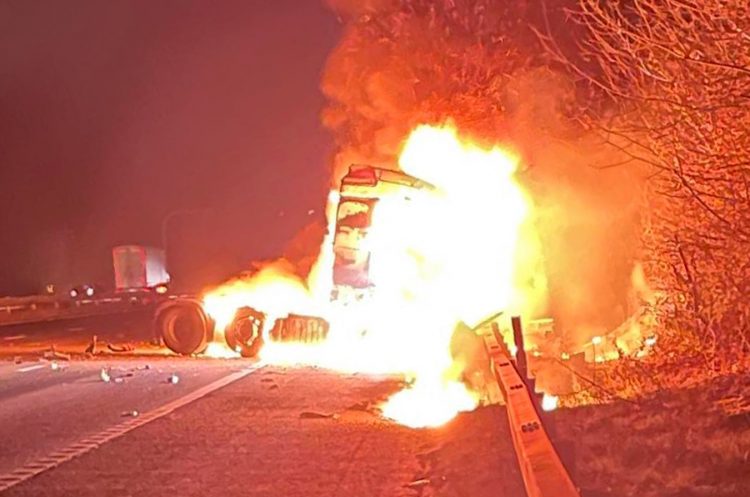 There are severe delays on the M4 after a lorry was engulfed in flames towards Bristol.

Emergency services were called to the major blaze on the westbound carriageway between junctions 18 (Bath) and 19 (M32 Bristol) in the early hours of today (30 November).

The lorry was destroyed by fire, and also damaged a significant portion of the motorway.

The M4 was closed in both directions whilst Avon Fire and Rescue Service dealt with the flames, but it was later reopened.

However, only one land is open westbound whilst emergency resurfacing works take place – with delays of up to one hour past the scene.

In an update at 8.20am, National Highways said: “Please be aware this incident is currently causing approx. 6 miles of congestion on the M4 westbound between J18 Bath & J19 Bristol adding at least 60 minutes to normal journey times.”

No one’s believed to have been seriously injured during the incident.