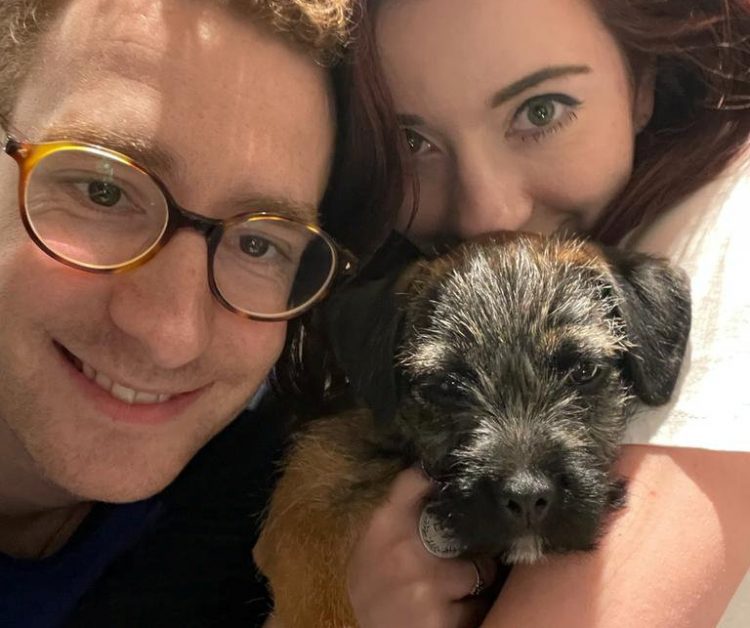 A stolen puppy that sparked a nationwide appeal including by TV’s Lorraine Kelly has been found – larger than when he vanished.

Terry the terrier went missing on 26 September after he was left in the car with the window open as they booked their wedding venue in Kingscote, Tetbury, Gloucestershire.

Swindon couple Rosie O’Connor, 26, and her partner Jake, 28, launched a search which went viral and featured on Good Morning Britain.

But they were overjoyed to discover that a man had bought him only days after he had gone missing, thinking he was just a regular dog for sale.

He has been returned home and has even grown during his ordeal.

Rosie said: “I had a missed call from a man. He said ‘this isn’t a scam, it’s not a hoax, I’ve got Terry, I bought him a little while ago and I really want to give him back to you, and I’m really sorry.

“I called the bloke back, and he said he promised he had him, it wasn’t a scam, and he didn’t want money.

“The moment that we saw him and shouted Terry, I’ll never forget it. It was amazing.

“It was just the most incredible moment ever, you know when you have those moments when you almost wonder if you’re dead or dreaming or something.”

Terry was taken to the vets shortly afterwards where they said he was given a ‘perfect bill of health’.

Rosie saying she was glad that Terry had been looked after so well – and the puppy has grown a lot since they last saw him.

In a post on Facebook she said: “I can’t thank you all enough, really and honestly without everyone’s help we would never of made it this far and we will always, always be grateful!!

“We have had the most wonderful weekend with Terry and it feels as if I’m dead or in a coma or that I’m going to wake up and this won’t be real!!

“We have been so so lucky to get Terry home but there are so many other families out there who are missing their babies! And you have all been so so kind to me!

“So please if you can just type in the Facebook search bar “stolen” or “missing” dogs and you will see so many people who desperately need your help!”