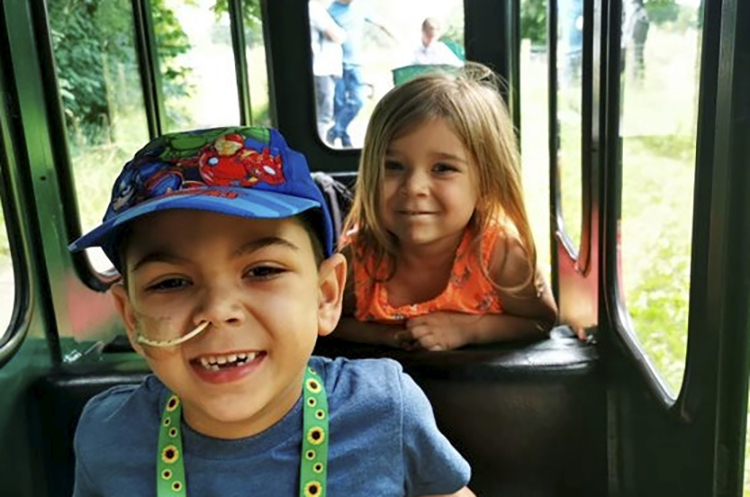 A five-year-old Wiltshire boy was left paralysed after being diagnosed with one of the world’s rarest diseases – which started with an innocent twitch in his leg.

William Howard, from Swindon, is just one of ten people across the world to suffer from a very rare form of Mitochondrial disease called DNM1L that robbed him of his ability to walk.

He was described as an ‘energetic’ five-year-old when mum and dad Mihaela and Simon had their world changed forever in May last year.

Their son suddenly developed twitching in his right leg and lost the ability to walk, before being rushed to Great Western Hospital with suspected spinal damage.

He was then referred to John Radcliffe Hospital, in Oxford, for more tests but his condition worsened with all his limbs and speech affected and fell into a constant state of seizures.

William was placed into a medically-induced coma that lasted two weeks during which time he had a DNA test which discovered the cause.

His family were told only 10 people in the world are known to have the same condition and consequently doctors gave William just a 20 per cent chance of survival.

Mihaela, 41, who works as a nurse, said: “It was unbelievable what was happening to my son who had been so happy and healthy.

“When he was in the coma I lived on a single chair by his bedside – I didn’t want to leave him and Covid meant that my husband couldn’t visit.

“As a mum you don’t care what happens to you, you do everything you can for your child.

“During his coma William had constant seizures and had a temperature of 40C.

“Covid restrictions meant that the hospital couldn’t use fans, so I placed wet towels on him constantly to keep him cool.” 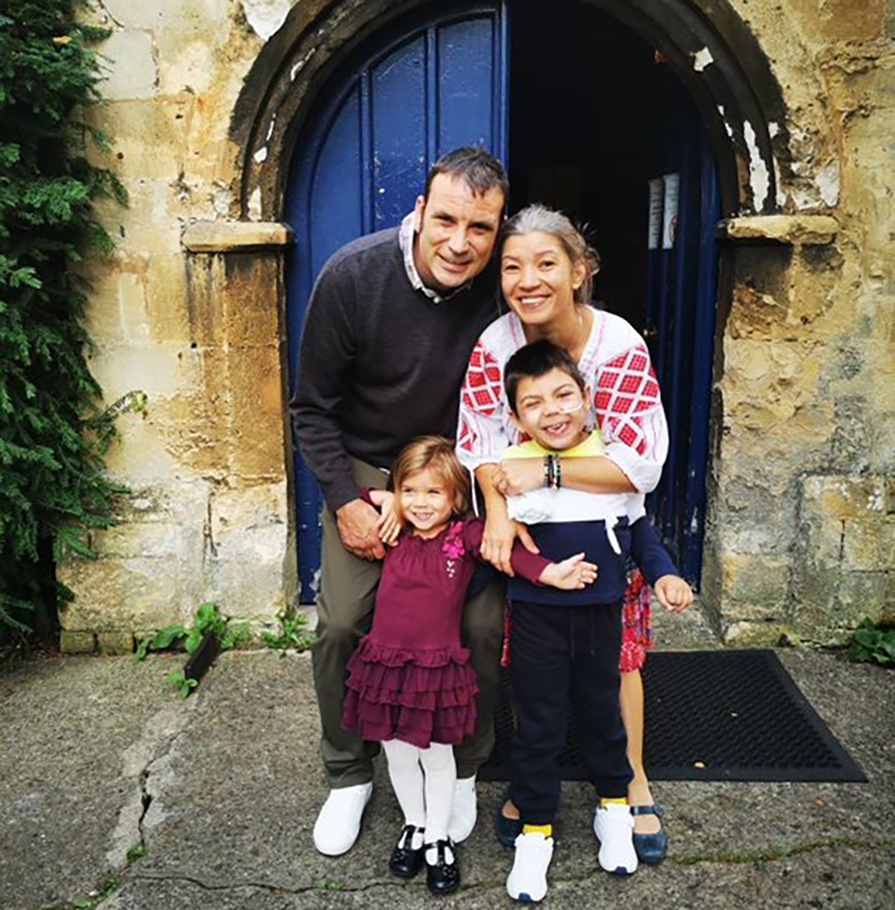 The couple have a younger daughter, Sofia, and dad Simon, 43, had to continue working as a chef manager throughout the family’s nightmare to support them.

Mihaela and Simon were told that if William’s seizures could not be stopped that the best thing would be to turn off the machine keeping him alive.

Mihaela added: “At that point my husband was allowed into ICU as we didn’t know what would happen.

“We couldn’t accept that he would die. We prayed and prayed and slowly we saw his temperature come down.

“On June 5, William opened his eyes – only for a short time but it was a sign that he was gradually getting better.”

William was able to return to his home in September 2020.

She added: “It has been hard since we came home as he has no immunity and doctors do not know what William’s life expectancy will be as every type of mitochondrial disease is so different.

“We have non-stop appointments and in March he was diagnosed with a severe heart condition which means he also needs permanent oxygen overnight.

“Our Rainbow Trust family support worker, Ellen, started supporting us in December and she is amazing,” said Mihaela, who was reluctant to accept help from the charity to begin with.

“Aside from William’s medical team, Ellen is the only support we have and the only person we let into the house to give me a break from looking after William and Sofia.

“When William was rushed to hospital recently, Ellen looked after Sofia all day so that I could be with him.

“The children love her, they count down the hours when she is coming. It is lovely for Sofia to have some fun and attention from Ellen too as it is so hard for her. She said to me one day: ‘Mummy, when will we be a normal family again?’.

Simon added: “It’s been very hard for both of us. But as a parent you need to fight.

“You can’t let yourself down because then you let them down.”

Doctors have been unable to say what William’s life expectancy is but he is now back at school as the family adjust to their ‘new normal’.

“We try to make every day special now because we don’t know what is ahead.” Mihaela added.

“I find it hard to look at pictures from the past – I can’t look back as I can’t believe what has happened to us, to our little boy.

“The name William means determination and protection. He was determined to leave hospital and I believe he was protected from death.

“Even now he gives me reassurance, he dries my tears and rubs my back when he sees me upset.”