Specialist drone pilot officers were called in to search for a person on the railway line this afternoon.

Wiltshire Police, supporting officers from the British Transport Police (BTP), responded to reports of a person walking on the tracks in west Swindon at just before 1pm today.

Six police units, an ambulance and the Network Rail incident response team were at the incident behind Mannington Retail Park, where the sighting was initially reported. 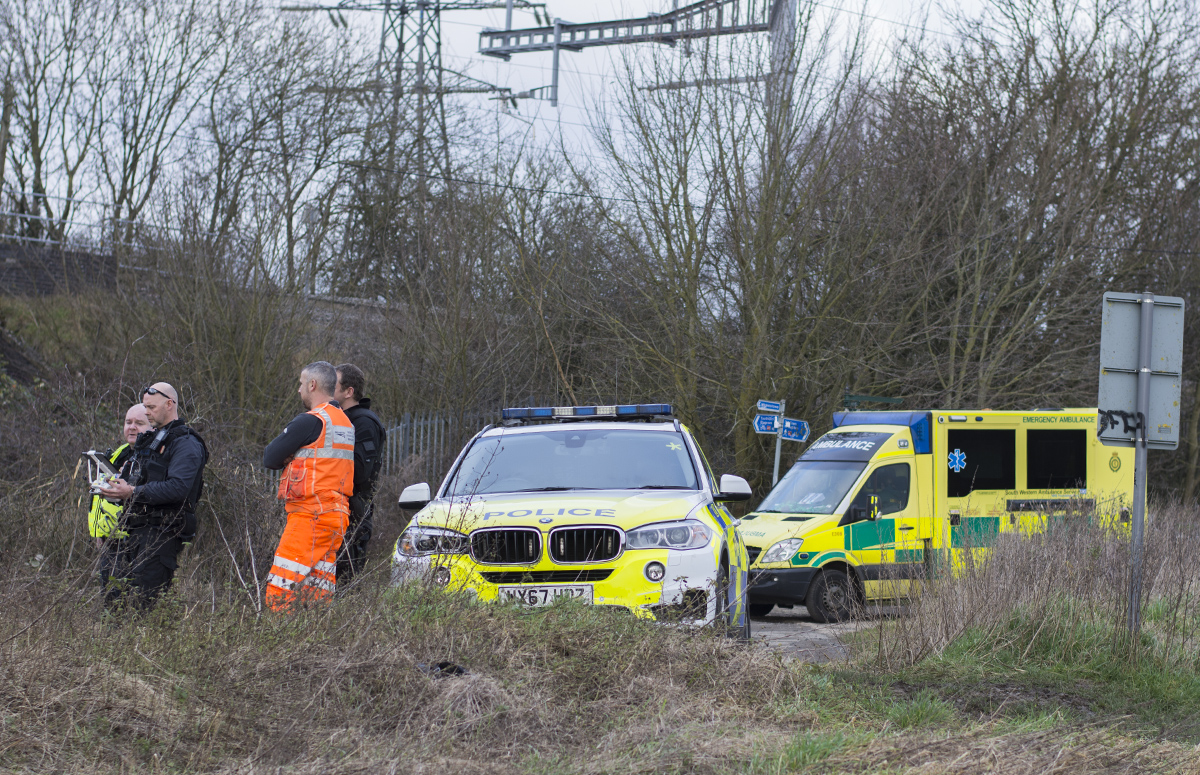 A BTP dog was used to search the area at first, before armed officers arrived at the scene equipped with a drone. It was flown in the area for around 15 minutes.

No one was located on the railway tracks, and the search was called off.