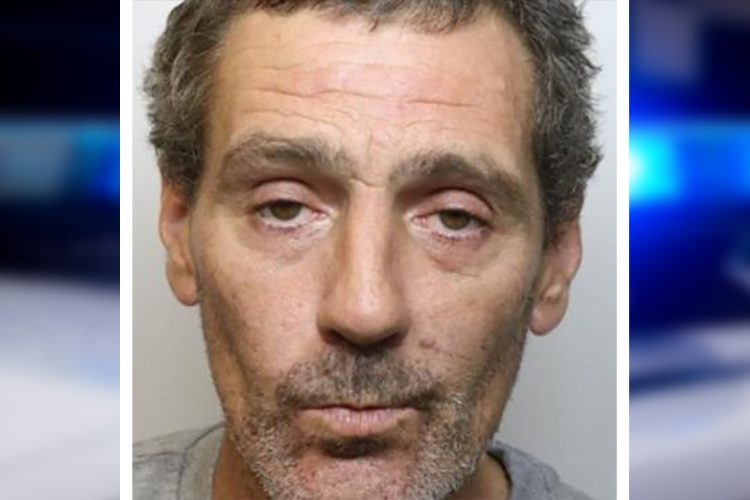 A prolific shoplifter has been jailed after his solicitor told the court he wanted to use a custodial sentence to ‘get clean and think about his future’.

Mark Thirkettle, 49, featured in Wiltshire Police’s ‘Wanted this Winter’ campaign that featured suspects who have failed to surrender to police or the courts.

Appearing at Swindon Magistrates’ Court on Tuesday (11 January), having been arrested and remanded in custody overnight, he entered a guilty plea to five thefts from shops.

In a spate of offending between July and December 2021, Thirkettle, of Swindon Road, Stratton St Margaret, stole products to the value of more than £1,800.

His haul, taken to fund his drug addiction, included clothing from Foot Asylum and Sports Direct and other items from Wilko and Maidenhead Aquatics.

He also admitted using a debit card to buy items at an Applegreen service station, but Mr Ballinger said there was no evidence he had stolen the card or used it for several other unauthorised transactions.

All of his new offending put him in breach of 24-week a suspended sentence order which had been imposed in September 2021.

Jessica Emm, from the National Probation Service, said Thirkettle compliance with the order had been poor and he poses a “high risk of serious harm to the public, staff and known adults”.

“He cannot be managed in the community and we propose that the suspended sentence is activated”, she said.

Emma Thacker, defending, said her client has struggled with drug addiction on and off for the decade she has known him.

She told the court there was a “period where I could see the colour coming back in his cheeks” before a robbery allegation – which was dismissed – caused him “great worry” and sent him back into offending.

“He accepts he will be doing to custody and has told me that he wants it done and dusted”, Ms Thacker said.

Adding: “He wants to change things around, use this time to get clean and focus on what he wants in the future.”

They also awarded £1,885.99 in compensation, despite Thirkettle having outstanding fines and compensation of more than £4,500 – which is being paid at a minimal rate through a deduction from benefits.

His girlfriend sobbed in the courtroom as he was jailed.