Great Western Way in Swindon was closed this morning after a driver was taken seriously ill.

Four police vehicles and five ambulance vehicles – including a Wiltshire Air Ambulance car and a paramedic officer – attended the scene on Transfer Bridges at before 9am. 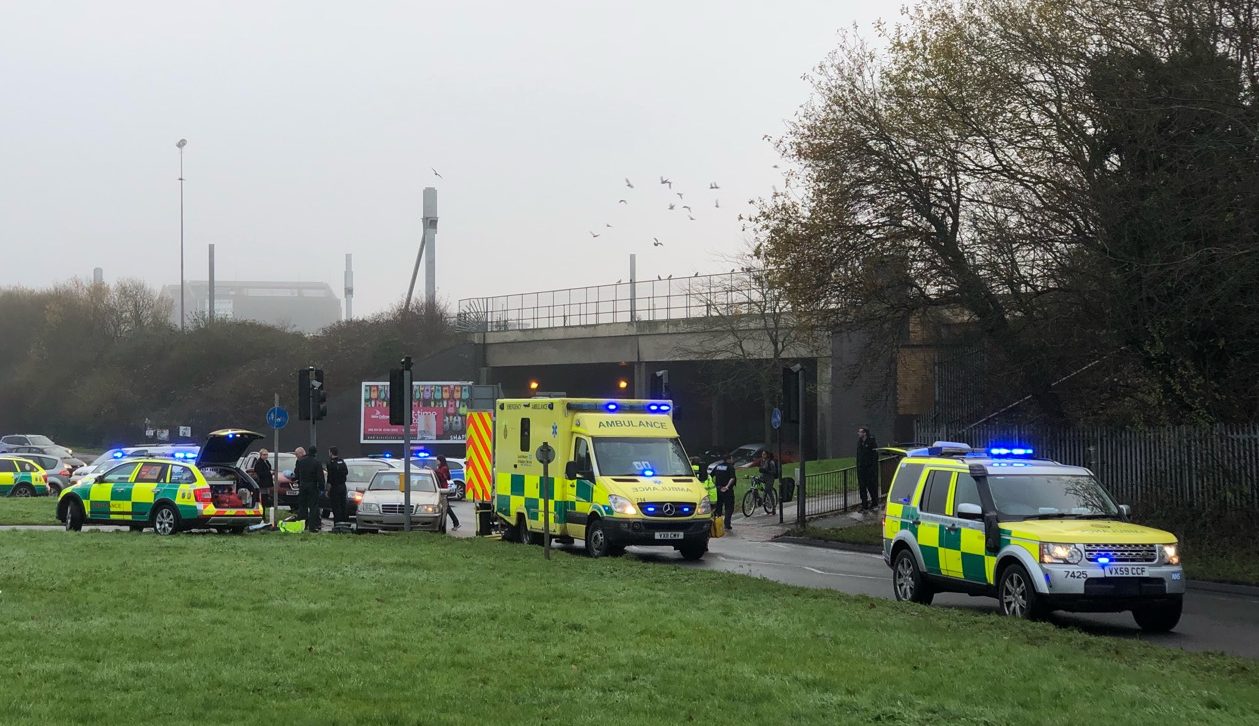 One eyewitness told Wiltshire 999s that a casualty was being resuscitated by medics in the road.

A police spokesperson said: “We were called to an incident at 8.45am today involving a driver who had a medical episode this morning. He was treated at the scene by paramedics and taken to hospital.”