A security barrier has been erected around JD Sports in Swindon ahead of a robbery planned on social media.

The large-scale looting event has been posted on Snapchat, advising wannabe thieves to attend the store on a certain date and time to ‘get [steal] some trackies’.

In Stoke on Trent, police officers were stationed outside a JD store yesterday after a mass raid was planned on social media. One arrest was made during the operation, after a youth was found in possession of a knife.

Last night, police were called to Swindon town centre when a group of youths begun to hang around outside the store — police remained at the scene for some time acting as a deterrent. It’s not believed any action was taken. 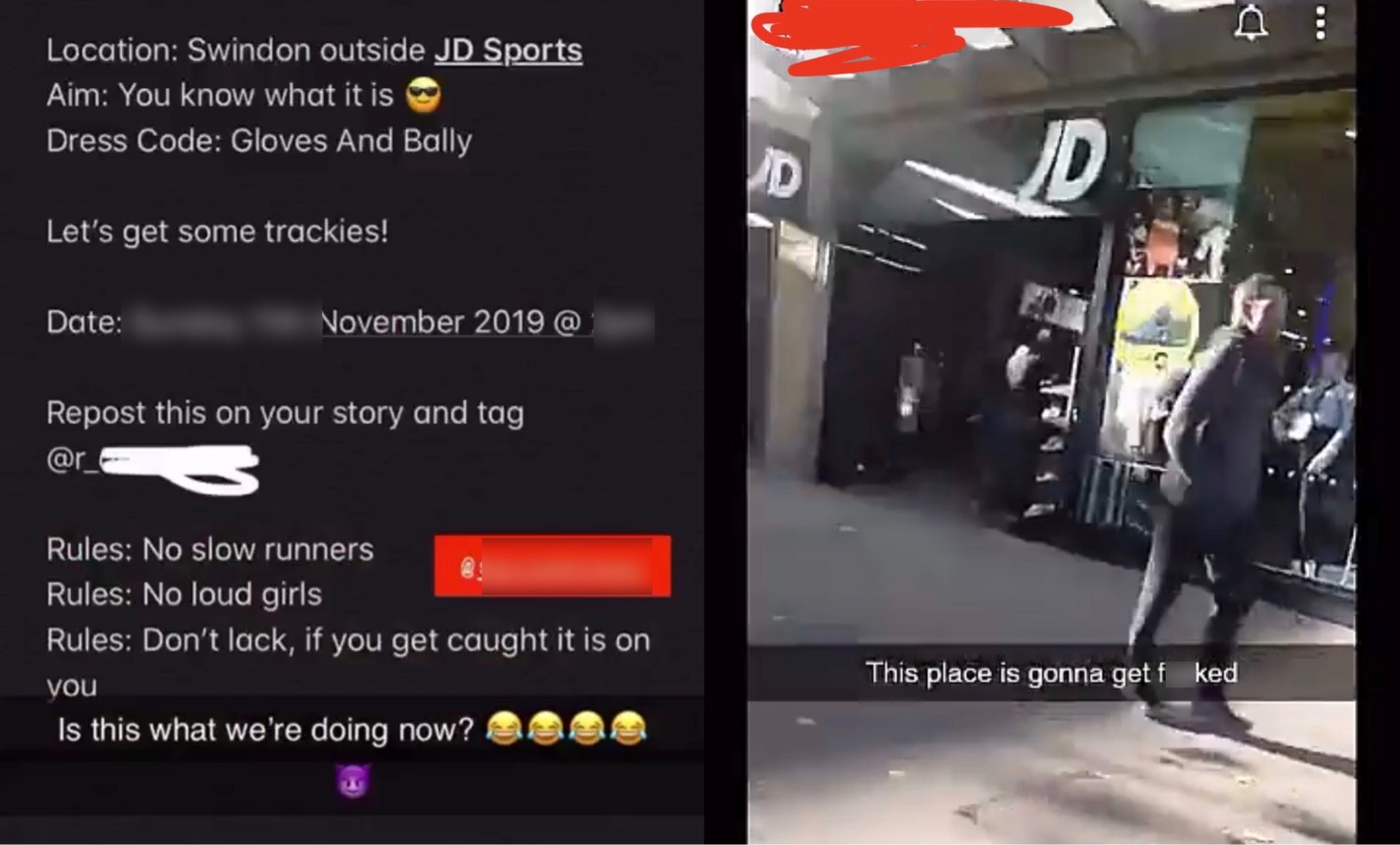 Today, staff began putting up metal fencing around the target store at around 10.30am. It’s just one of many lines of defence against the potential raid.

JD Sports refused to provide a statement in relation to the planned robbery.