An RSPCA inspector issued a formal warning to a man who left his dog in his car whilst he went shopping and visited a bank in Swindon town centre this morning.

Police were alerted to the 14-week-old terrier mix, which was said to be in distress in a blue Mercedes Benz parked in the Granville Street car park in the blazing sunshine, at around 10am.

A local man, who spotted the dog in the vehicle, told police at the scene he would smash the window to effect a rescue if the officers didn’t. Returning a short time later and noticing the dog was still inside, he made the decision to break the window and remove the dog as officers watched on.

No action will be taken against the man who smashed the car window to rescue the dog – named Yunior – as neighbourhood police officer PC Paul Bezzant ruled his actions lawful. 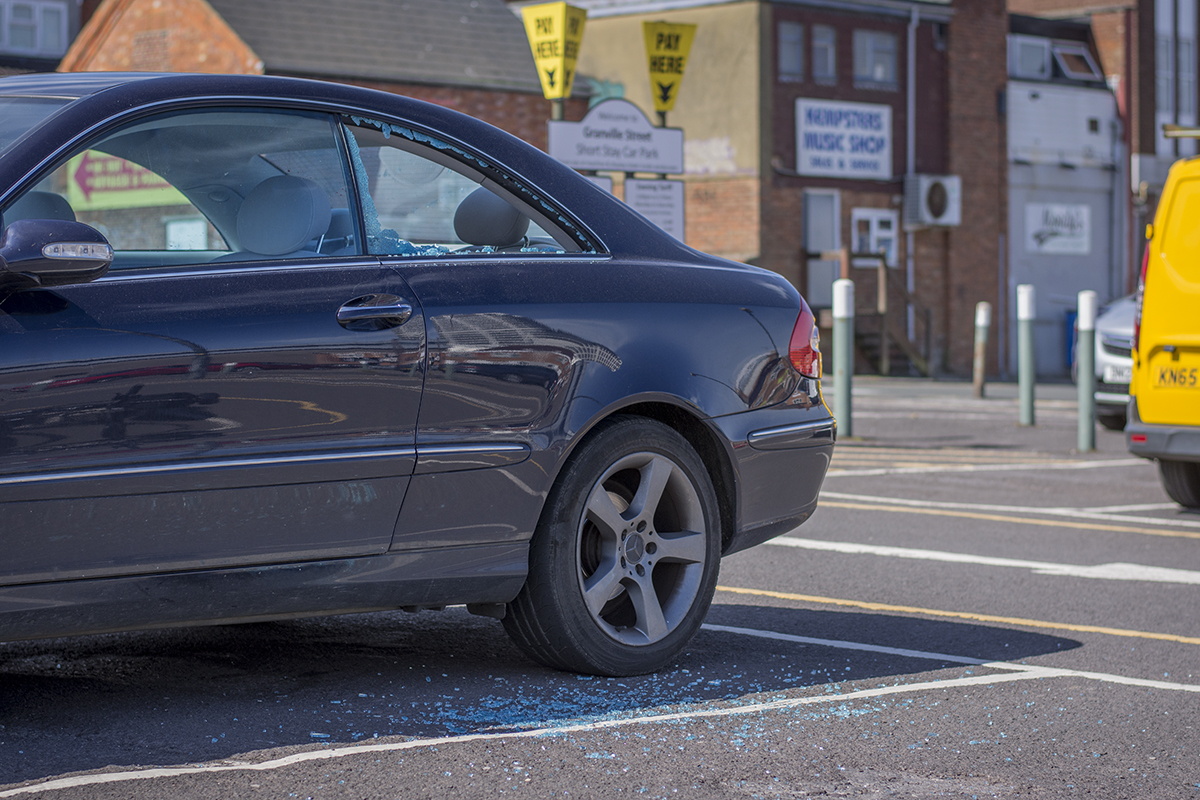 Animal-loving PCSOs Millen and Coleman looked after Yunior until the owner arrived back at the car just over an hour since officers were alerted to the situation. He took hold of the puppy stating “he’s my baby” as he held him in his arms.

The dog owner wasn’t happy about the broken window – initially telling the police they would have to pay for the damage – but soon accepted his behaviour which risked killing his dog. 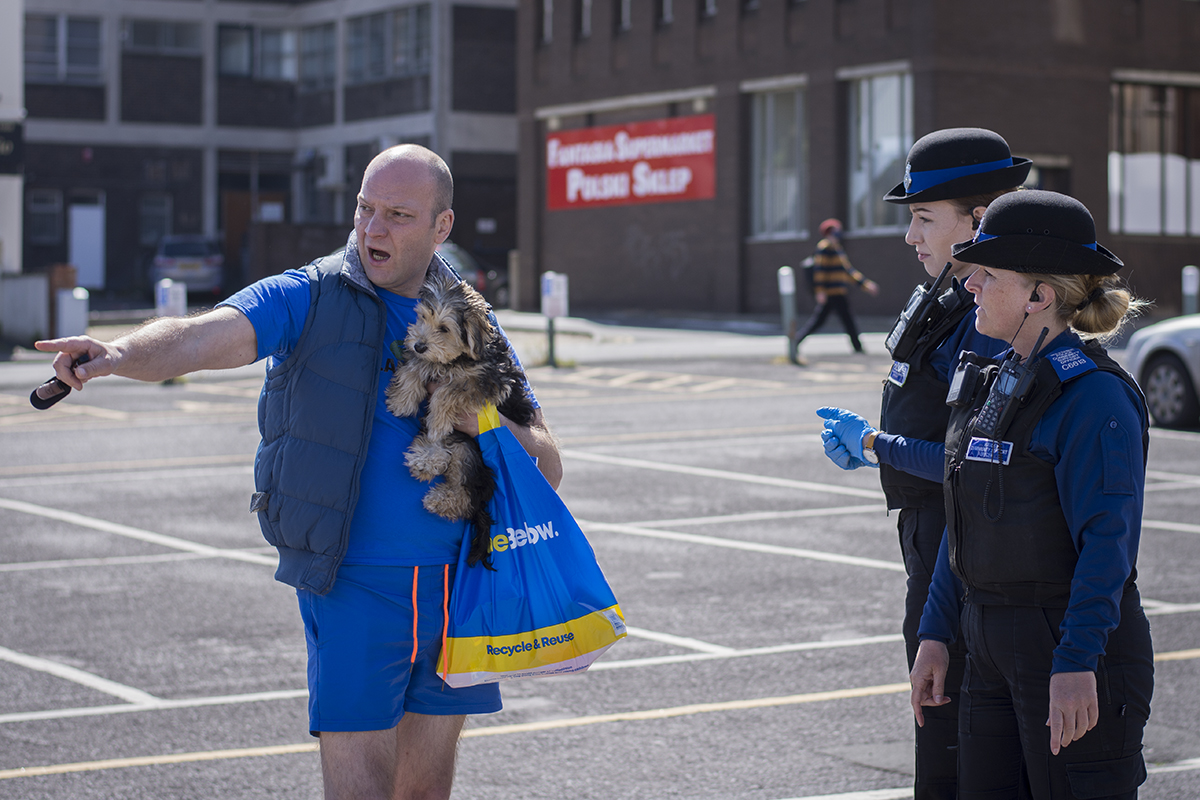 The man was spoken to by all three of the officers attending and warned about his actions while they awaited the arrival of the RSPCA, who issued the owner a formal warning over the incident.

Talking to Wiltshire 999s at the scene, Inspector Steph Daly said: “People just don’t think it’s going to happen to them. They think ‘oh I’ll be alright, I’m only going to be five minutes’, but with what’s going on in the world at the moment, we have to queue for the supermarkets. You know your trip is going to take longer.

“People are animal lovers, and if they see something they’re not happy with, they’ll take action.

“At the end of the day, the RSPCA advise people not to leave their dog in the car full stop. It might be 20 degrees outside, but it could be up to 38-40 degrees inside the car.

“What I say to people is: sit in a car yourself for five or ten minutes with no windows open and no air conditioning on and see how long you can last. We can sweat though, dogs can’t.

“If you take that risk of leaving your dog in a car, then to me you’re being reckless. You’re not deliberately trying to hurt your animal, but that’s still committing an offence.”

Tash Blackwell, a passer-by who first alerted police to the dog, commented: “I told three PCSOs who were in the car park at the time. I do not regret my decision in doing this at all. At the end of the day, a window open only a little bit isn’t enough.

“When I returned to my car after visiting the bank the police told me someone else broke the glass to get the dog out as it was hot. Someone else got the poor dog some water and it had plenty of cuddles. I’m just unsure why someone would do this.”