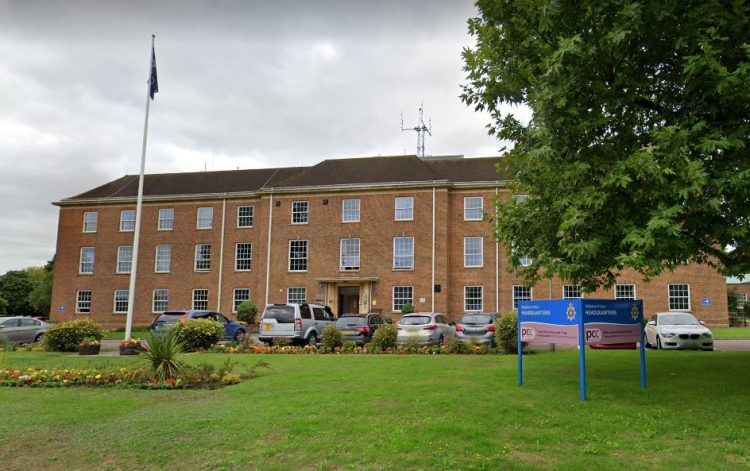 A Wiltshire police officer has been sacked after touching a colleague’s penis and shouting “it’s a small one” in front of others during a shift changeover.

Former police constable Adam Reed was dismissed by the force after a five-day misconduct hearing chaired by an independent Legally Qualified Chair (LQC).

Officer X, as he was referred to during the process to protect his identity, was left “violated” by Reed – who he had only spoken to occasionally and never worked with directly.

Reed admitted that he carried out the act of pulling down the probationary officer’s trouser zip, inserting his hand, making contact with his penis and shouting “it’s a small one”.

He argued that it was “banter”, agreeing it equated to misconduct, but not gross misconduct – something that would see him removed from Wiltshire Police.

Officer X started as a full-time police officer in October 2021, and the incident occurred approximately one month later – on 15 November.

Officer X told the misconduct panel that he “wouldn’t go as far as saying we were friends”, claiming they were “were colluages that were friendly with each other”.

“Adam’s always taken any opportunity to make fun of me”, he added.

He told of how on a previous occasion, Reed “approached me and started rubbing my shoulders” before being taken to the floor – where he claims he was prevented from getting up.

“I was quite stressed out as I was trying to deal with a high-risk missing person who was unfortunately later found dead”, he said.

Officer X said he stopped talking about things around Reed, because he was concerned that anything he said would be used to make him look stupid in front of other officers. He said his behaviour made him feel “very uncomfortable”.

The misconduct panel ruled that Reed’s behaviour was gross misconduct and he was dismissed from the force without notice and barred from working as a police officer elsewhere in the UK.

Deputy Chief Constable Paul Mills said: “The actions of former Police Constable Adam Reed were not only wholly inappropriate, they violated the dignity of his colleague and, would have caused him significant distress.

“His actions amounted to unwanted sexual conduct and the LQC’s decision to dismiss Adam Reed from Wiltshire Police is completely endorsed by the Force. He will now be placed on the national barred list which will ensure he is not able to work in policing in the future.

“There is no place in Wiltshire Police for anyone who conducts themselves in this way and, further to becoming aware of this incident, the officer was immediately suspended from the organisation.

“The actions of this individual will undoubtedly cause public concern and likely undermine the work of the exceptionally committed members of our organisation who strive to provide an outstanding service to the communities they serve.

“Wiltshire Police remains committed to ensuring each and every officer and staff member discharges their duties to the highest standards and, as this case proves, we will act swiftly and robustly when these are not met.

“Furthermore, if any member of the community has concerns relating to the professionalism of those who serve within our organisation, we would encourage them to come forward at the earliest opportunity.

“The victim in this case will continue to receive the full support of the organisation.”