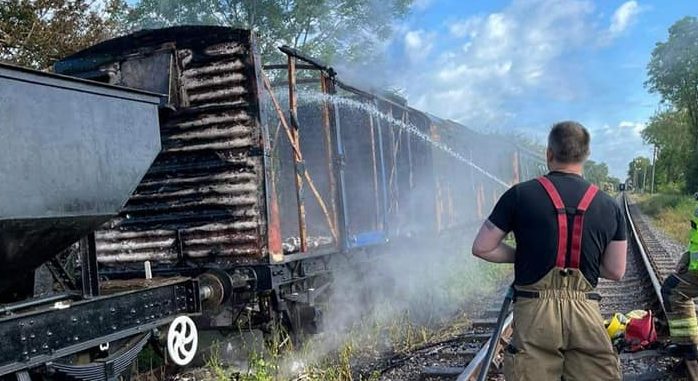 Wiltshire Police is appealing for witnesses after a suspected arson attack at Swindon and Cricklade Railway.

Fire crews were called to the site in Tadpole Lane, Blunsdon, at around 5.50am yesterday morning (07/06) due to a railway carriage being alight.

The fire was quickly brought under control, but the recently-restored carriage had been completely destroyed.

A second carriage was also broken into and damage caused to the windows and internal doors.

PC Ashlee Scown, from the local Community Policing Team, said: “When the flames were spotted at around 5.50am, the fire had already been burning for some time so we believe it broke out some time overnight.

“We know that this incident will cause some upset and frustration amongst the local community, and we would urge anyone with information to come forward.