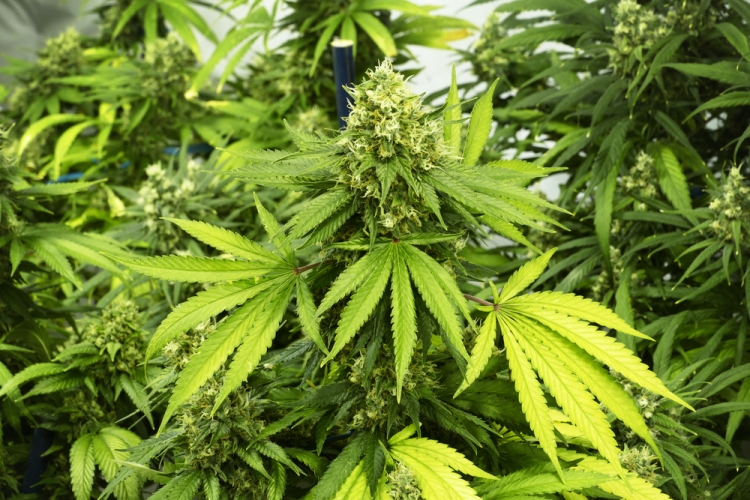 A man was caught with 170 young cannabis plants when police visited his property – but ‘most of the plants were dead’, a court heard.

The defendant’s solicitor Ignatius Etukudoh immediately asked prosecutor Tom Power to amend the charge to just 20 cannabis plants, rather than the 170 initially included.

On hearing that Mckenzie-Saunders wouldn’t be pleading guilty until the charge was updated, Mr Power agreed to change it – agreeing that even though he was caught with 170 seedlings, he couldn’t have cultivated them with his inadequate setup.

An expert witness report suggested that only 16-20 plants would have grown to full maturity.

Following a charge amendment, the defendant, of Crouch Hill, London, pleaded guilty to the grow – which was set up at his former home in Swindon, which he shared with his now ex-girlfriend.

Mr Power told District Judge Joanna Dickens that his crime was “not as serious as the charge suggests”, adding that he only had a “small tent with a couple of lights in it”.

He said that, despite Mckenzie-Saunders’ conviction for supplying cocaine in 2015, there was no evidence to suggest he would be selling the cannabis onto other people.

Mr Etukudoh, defending, told the court that his client “intended to destroy the plants the next day”, but “police attended his address to arrest him for [an alleged] assault”.

In response, Judge Dickens said: “I don’t believe that, no way”.

The solicitor continued: “He is a heavy user of weed and he thought he could save some money by growing his own for personal consumption, but most of the plants died.”

Mr Etukudoh said Mckenzie-Saunders works as a care worker, visiting people’s homes and has one child to support, who does not live with him.

Judge Dickens handed down a £200 fine and ordered the destruction of the plants. He must also pay £85 costs and a £34 surcharge.