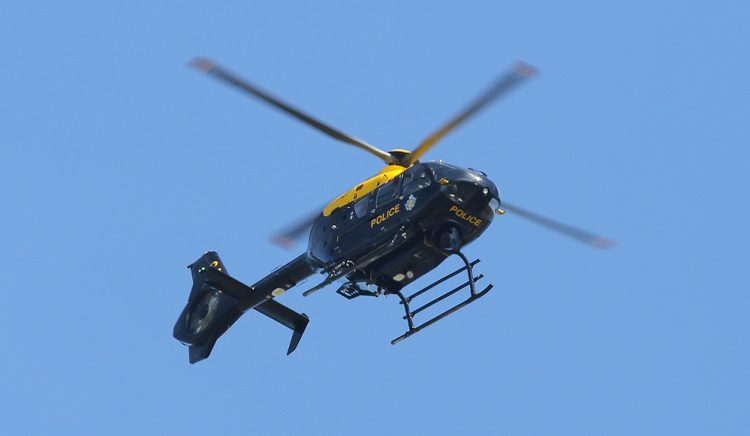 The police helicopter was called in to assist in the search for a person sighted carrying a weapon in Swindon this afternoon.

A member of the public contacted Wiltshire Police to report the sighting at around 3.15pm, sparking an armed police response, supported by the National Police Air Service.

The person – whose gender is currently unknown – was reportedly seen brandishing the unknown weapon in the Walcot area.

Armed officers stopped their vehicles in Queens Drive, near Drakes Way, to jump from their car and detain a man at gunpoint at around 4pm, but it was a case of mistaken identity and they were allowed on their way shortly afterwards.

Despite the weapon sighting, Wiltshire Police has not received any reports of anyone being threatened or injured, it confirmed to Wiltshire 999s this evening.

“Due to the nature of the information, as a precaution our officers including armed officers attended the scene and conducted extensive searches of the area”, a spokesperson said.

Adding: “There was no trace of the individual described.”