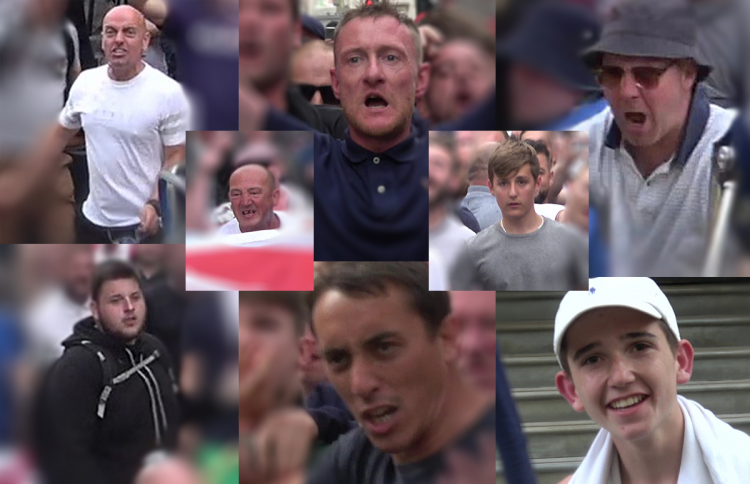 Police in London have issued an appeal for the identities of people they’d like to question after violent disorder at a Free Tommy Robinson protest last month.

The suspects, who could be from anywhere in the country, joined hundreds of others to protesters in the capital in support of far-right public figure who’s currently in prison.

During the protest on 9 June, scaffolding, glass bottles and items of street furniture were thrown at police officers, leaving 21 with injuries.

Detective Constable Jonny Wise, from the Met’s Public Order Investigations team, said: “During this demonstration violent disorder broke out on the streets of Central London.

“Serious disruption was caused to members of the public, local businesses and the local communities. Vehicles and buildings were damaged and those responsible need to be held accountable for their actions.

“I am appealing to members of the public to help police identify the individuals in these images.”