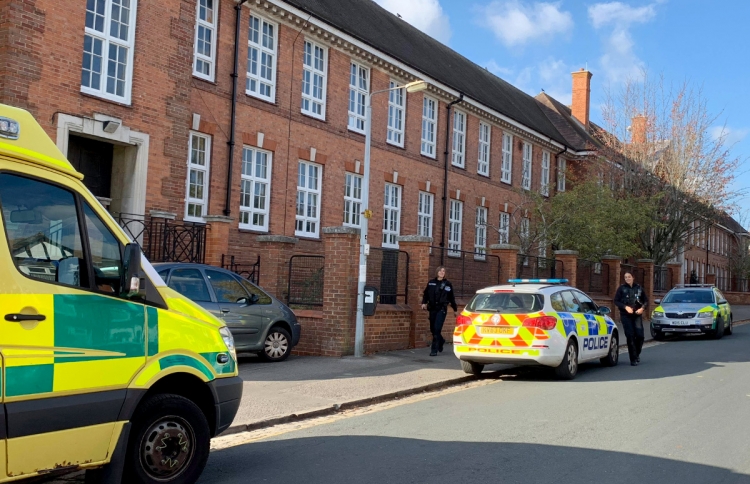 Emergency services have attend a medical incident at Swindon secondary school this afternoon.

At least three police vehicles and an ambulance were called to the scene at The Commonweal School in Old Town at just before 2pm, when the school breaks up for the weekend.

A child, understood to be a pupil, was taken into an ambulance at just after 3pm.

A spokesperson for South Western Ambulance Service said: “”We sent a rapid response vehicle and an ambulance crew to the scene.

“A patient was transported by ambulance to the Great Western Hospital for treatment.”

Wiltshire Police confirmed that they attended a medical incident, but were unable to comment further due to the vulnerability of the child involved.

Reports social media stating that a stabbing occurred at the school are untrue.