Motorcyclist, 24, injured as tree traps leg in crash on A4 near Cherhill

A motorcyclist has been injured in a single-vehicle collision on the A4 near Cherhill this morning.

Emergency services were called to the scene at around 8.15am on Monday following a 999 call reporting that a 24-year-old man, from Swindon, was trapped under a small tree and a Honda motorcycle.

Two fire crews from Devizes and Chippenham were sent to the scene, alongside two ambulances and a paramedic officer in a rapid response vehicle. 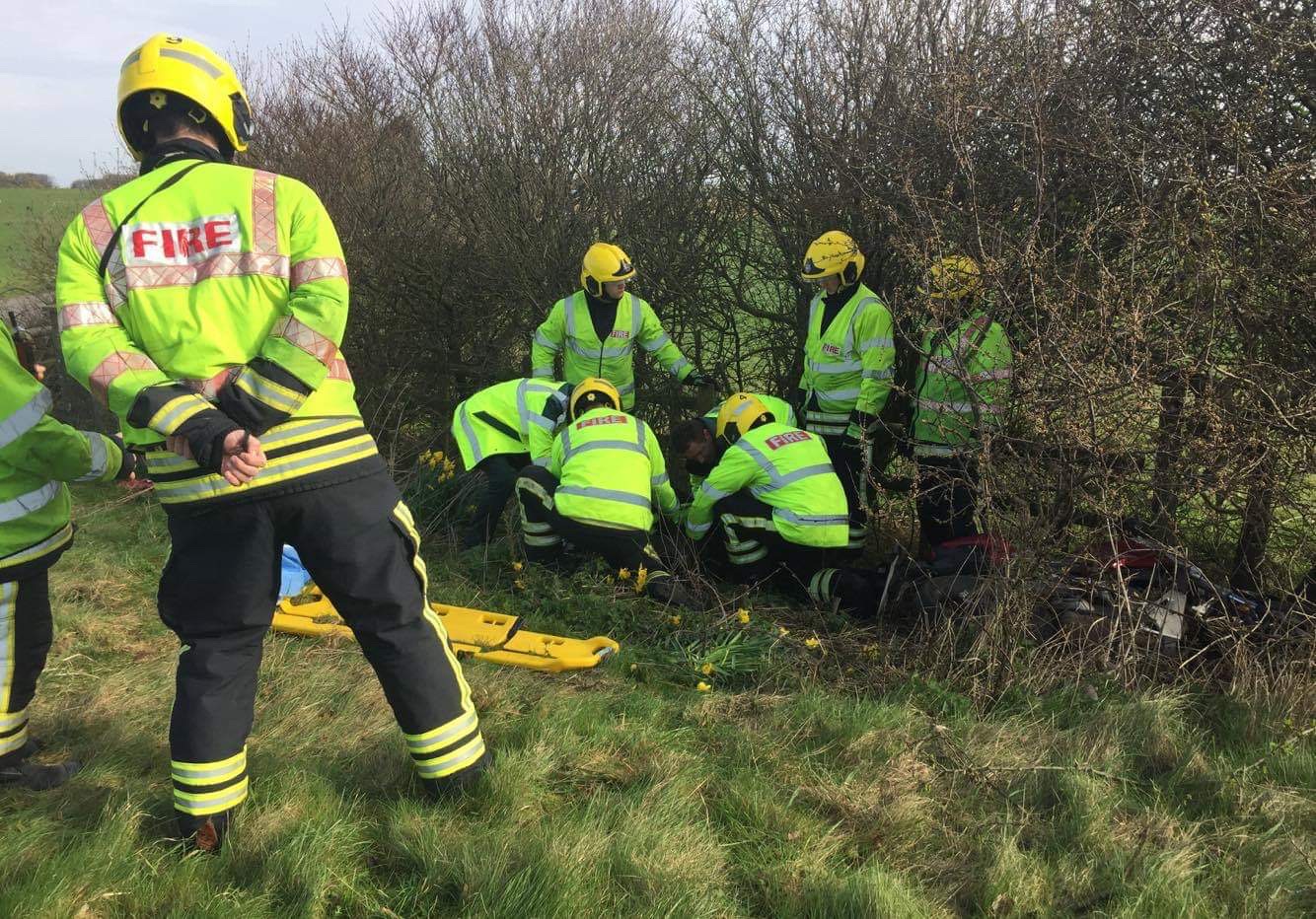 A Dorset and Wiltshire Fire and Rescue Service spokesperson said: “[We] attended a Road Traffic Collision involving a motorcyclist trapped under a tree, a male was released by crews who also assisted the ambulance service on scene“.

The casualty was taken to Great Western Hospital in Swindon with suspected neck and pelvic injuries, but it’s understood he didn’t suffer any serious injuries in the crash.

The road was partially closed while 999 crews worked at the scene and the motorbike was recovered.