A moped was seized by police after it was spotted being driven without insurance in Melksham.

The red Yamaha was pulled over in Old Broughton Road at shortly after 5pm on Thursday afternoon.

Three police vehicles were at the scene behind Lidl near the Melksham Baptist Church. 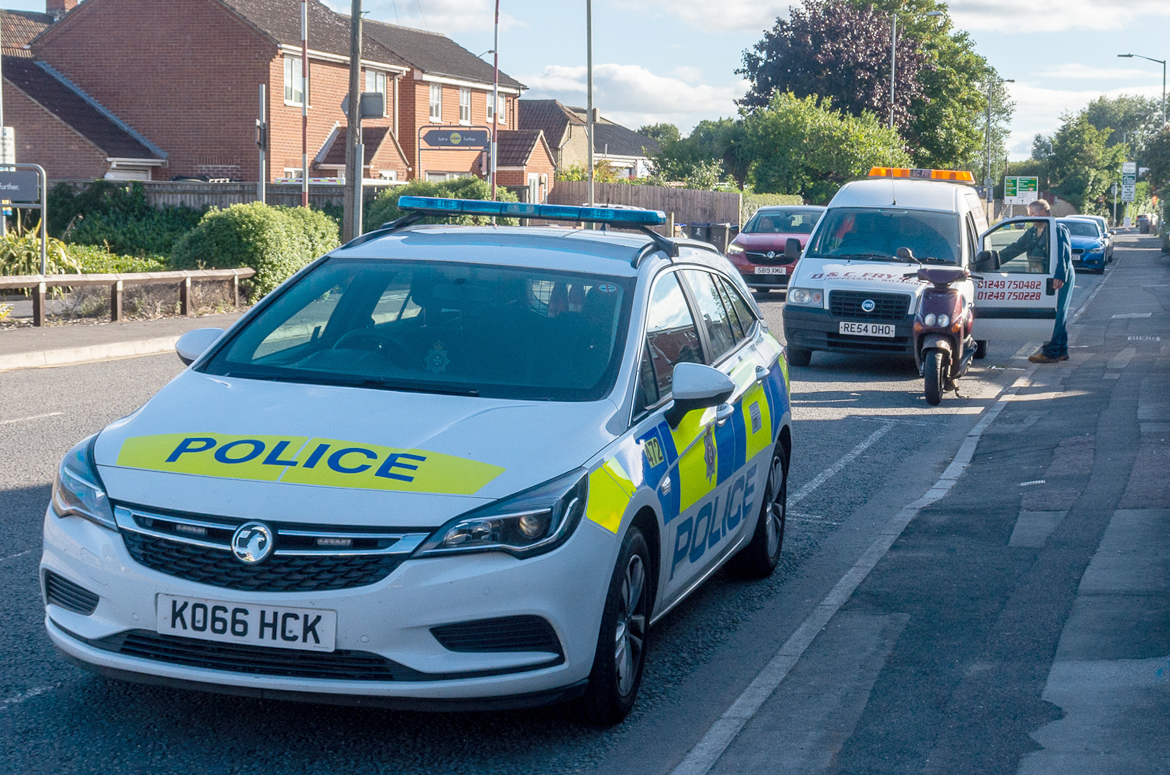 The driver, a 32-year-old man, has been reported for driving without insurance, MOT and tax.