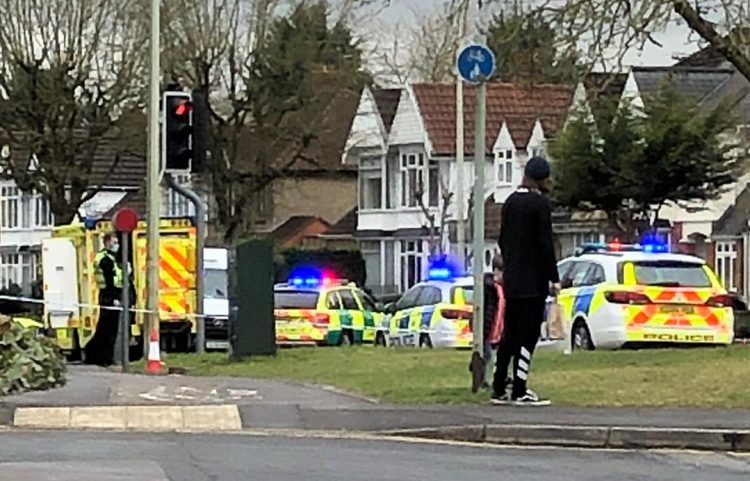 A main road in Swindon has been closed by police following a serious collision.

A significant number of emergency vehicles are attending the scene in Marlborough Road this afternoon, after being called shortly after 1pm.

Critical care medics from Wiltshire Air Ambulance arrived at the incident between Broome Manor Lane and Pipers Way at around 1.30pm.

The yellow and green helicopter landed on the Croft Sports Centre grounds a short distance away before being transferred to the scene in an emergency vehicle.

It’s understood one patient is being treated at the roadside.

A spokesperson for Wiltshire Police said: “Please be aware that emergency services are dealing with a serious collision on Marlborough Road, Swindon, and have road closures in place from the Broome Manor Roundabout to Pipers Way.

“This may mean there is a build up of traffic in the area so please avoid while we deal with this incident.”

UPDATE 4PM: Wiltshire Police has provided an update on this incident:

A spokesperson said: “We were called around 1.10pm by the ambulance service to a collision between a pedestrian and a car on Marlborough Road, Swindon.

“A man has been taken to Great Western Hospital with serious injuries.

“The road is expected to remain closed for some time while collision investigators are at the scene.