A man brandishing a metal weapon has been arrested after journalist Daniel Jae Webb intervened in a fight in Swindon town centre tonight.

Police officers raced to the scene outside Vodafone on Canal Walk following a 999 call from Wiltshire 999s’ founder at around 8.30pm on Wednesday, 18 September.

The suspect, who was allegedly using a small metal stick in a stabbing motion, was detained by Daniel and forced to drop the weapon just prior to the first officer arriving at the scene. 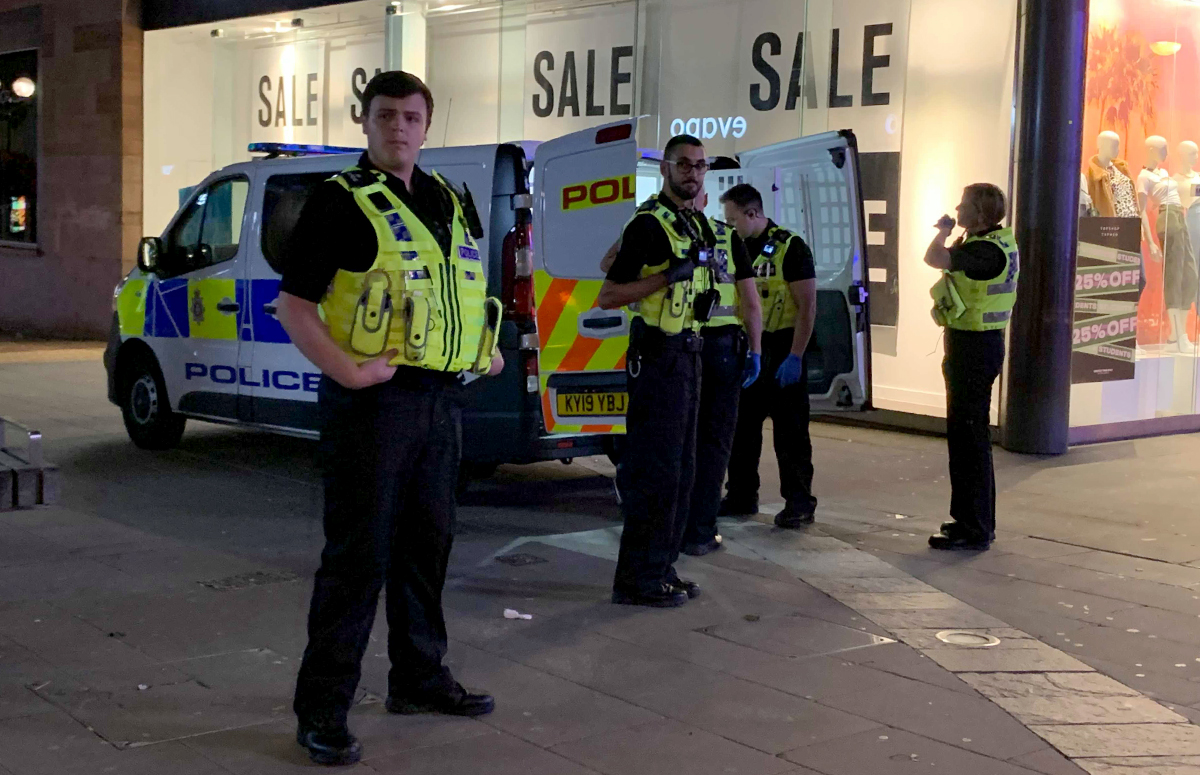 Commenting on the incident, Journalist Daniel Jae Webb said: “I’m not one to run away from situations like this, I run towards them – not for the story, but to try and help even if it puts me in danger.

“I saw the incident unfolding from some distance away. When I arrived, at first I only used my voice, but then some force was required to stop the suspect with a weapon from fleeing on his bicycle.

“A police officer arrived just as he was about to make off and we held him together until backup arrived. By that time the second suspect has made off from the scene on foot.”

One man was arrested on suspicion of affray, but he was taken to the Great Western Hospital for injuries stained to his face during the altercation.

The second man involved in the incident isn’t thought to have been arrested yet.

This isn’t the first time Daniel Jae Webb’s detained a suspect involved in an incident. Back in late 2018 he gave chase and detained a man who was later sentenced for assault on his girlfriend in Swindon.

Woman hospitalised after being hit by car on Chippenham zebra crossing