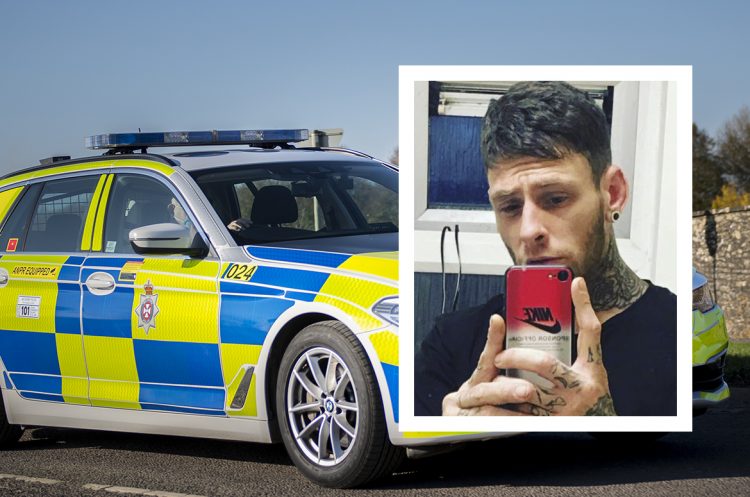 A Corsham man has been told he faces a ‘long prison sentence’ after a police pursuit with his pregnant girlfriend in his car.

Jamie Sharman-Palmer led police officers on a lengthy chase, for approximately 25 miles, on Monday (1 March) and only stopped after a stinger was deployed.

The 32-year-old was remanded into custody by District Judge Joanna Dickens on the grounds he has a previous conviction for failing to appear and the significant risks he had taken to avoid the police.

Police travelling on the M5/M4 interchange in Bristol were alerted to Sharman-Palmer, of Dicketts Road, travelling in a Renault Clio when it flagged up as uninsured on their vehicle’s ANPR camera.

When the car overtook them, they illuminated their blue lights and indicated for him to stop. He failed to do so, leading police on a pursuit along the M4 with the car reaching speeds of up to 110mph.

Leaving the motorway at junction 18, he proceeded through a red light at around 45mph and continued along the A46 towards Bath and then the A4 in the direction of Chippenham at 70mph.

During the pursuit, police observed him overtake on a bend and proceed through another red light on the Cross Keys crossroads in Corsham. The court heard how she had asked him to stop, but it ignored her pleas.

Officers deployed a stinger as the car came into the Chippenham area. It came to a stop a short time later and Sharman-Palmer fled on foot – leaving his six-month pregnant girlfriend in the car.

He was located a short time later by a police dog unit hiding in a garden.

Swindon Magistrates’ Court this morning heard how he was already disqualified from driving, with a number of previous driving convictions – including driving without a license and dangerous driving.

Sharman-Palmer sobbed in the dock as he admitted dangerous driving, driving whilst disqualified, driving without insurance, failing to stop for police and breach of a community order by failing to report.

The court heard how he’d purchased the car from facebook for several hundred pounds, registering it in a different name but at his girlfriend’s address.

Judge Dickens said it was a “prolonged chase”, labelling it an “unbelievably dangerous situation”.

“You didn’t stop, the police had to deploy a stinger. It is so dangerous what you did, we’re lucky you didn’t a multiple vehicle pile-up”, she added.

“You could have lost your unborn baby. It’s got to go to the crown court.”

It was heard that Sharman-Palmer lived with this partner and are expecting their first baby together in three months, and claimed universal credit.

“You are going to go to prison for a long time”, Judge Dickens commented as she remanded him into custody ahead of a hearing at Swindon Crown Court.