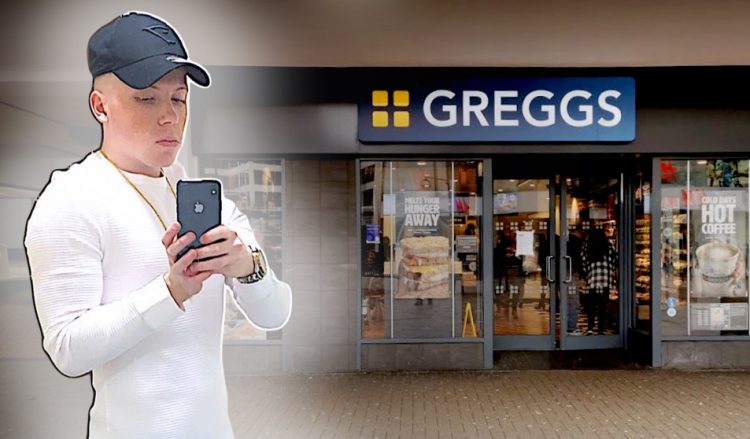 A Swindon man made threats and repeatedly shouted “c**t” at customers before stealing a sandwich and crisps, a court heard.

Bradley Reeves, 22, appeared before Swindon Magistrates’ Court this morning charged with theft and threatening behaviour with intent to cause fear of, or provoke, unlawful violence (Section 4A public order offence). He pleaded guilty to both offences.

Crown prosecutor Kate Prince told the court the defendant entered Greggs in The Parade, Swindon town centre, at around 6.30am on 7 November lat year.

He asked the staff if they could heat some food up for him, and they did. Reeves then said he wanted other items and that he could pay for them.

But when staff asked for the money, he rummaged through his pockets in search of the funds but couldn’t find anything to pay with – stating he was homeless.

Reeves began rambling towards the staff. His words caused them concern so the police were called.

He shouted to the staff members: “I’ll remember all your faces, I’m going to come after you”, before repeatedly shouting “c**t” and “I’ll bang you out” at customers. He then grabbed a sandwich and a bag of crisps valued at £3.25 and left the store.

The court heard Reeves has never come before a court of any previous offences.

Defending, his solicitor said her client wants to apologise for his actions but doesn’t remember the incident due to being intoxicated at the time.

Reeves has never been homeless, despite telling Greggs workers he was. He lives at home with his mother.

He was working as an electrical installer at the time, so there was no reason to steal sandwiches. He had his card on him, she told. However, he no longer has a job and has suffered from depression for three or four years., which he is medicated for.

Magistrates ordered Reeves to pay £3.25 compensation to Greggs for the stolen products. They also fined him £120 and ordered him to pay costs of £85 and a victim surcharge of £34.