A man’s been arrested after a car was destroyed in a crash in the early hours of New Year’s Day.

The driver was taken to hospital where he remains undergoing medical treatment – thought to be under police guard following his arrest on suspicion of drink driving. 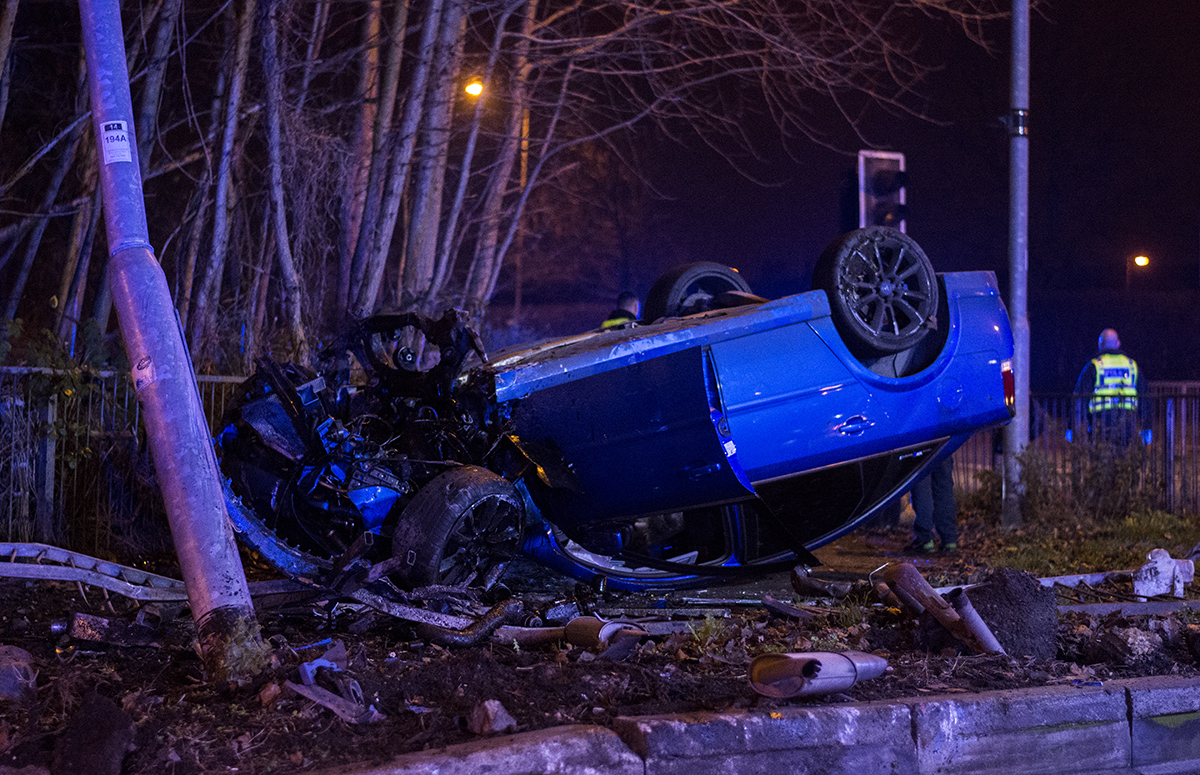 The road traffic collision happened at around 2.30am this morning, with several police officers, two ambulances and a fire crew responding to the incident on Great Western Way.

An ambulance didn’t arrived at the scene for around an 45 minutes, meaning firefighters were forced to provide emergency first aid to two casualties at the scene.

It’s believed the blue Vauxhall Vectra involved in the crash was written off. 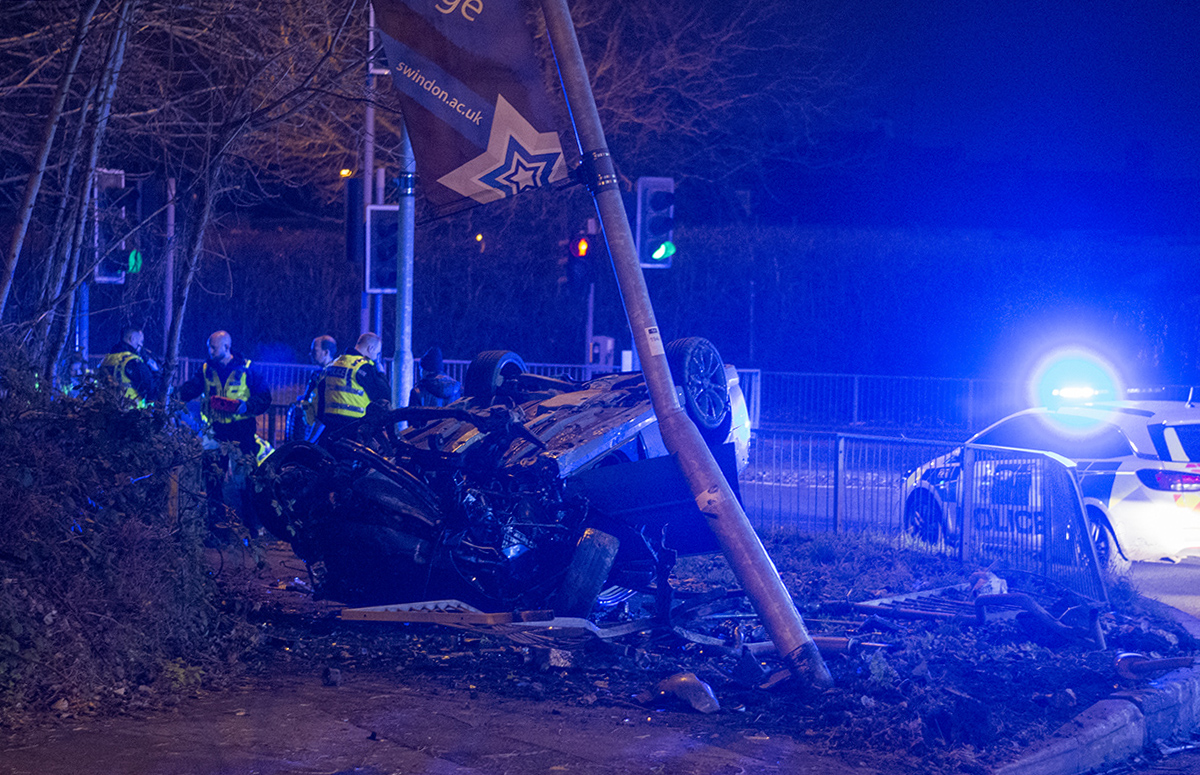 A lamppost was also damaged in the smash.

The drivers injuries aren’t thought to be serious.