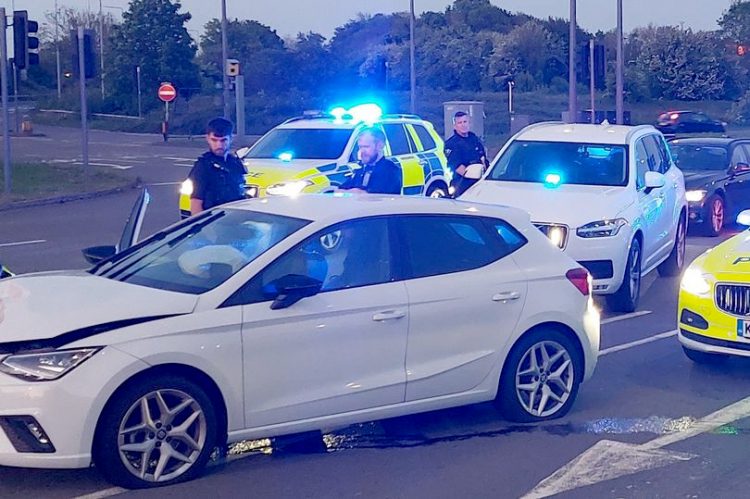 Roads policing units, armed officers and a dog unit were involved in a lengthy pursuit across three counties on Wednesday night.

The specialist Wiltshire officers we informed about a white Seat that failed to stop for police in the Slough area of Berkshire on 11 May.

They located the vehicle travelling westbound on the M4 past Swindon and a pursuit was authorised.

“The driver continued to fail to stop for our officers, before eventually being stopped in the Avon and Somerset force area shortly before 8.25pm”, a spokesperson for Wiltshire Police said.

“A 54-year-old man from Slough has been arrested on suspicion of dangerous driving and failing to stop for police.

“He is currently in custody at Gablecross Police Station in Swindon.”