A man has been arrested after a homeless person’s sleeping bag was set on fire in Swindon.

Emergency services were called to the scene in Bridge Street, outside Halifax bank, at around 10pm following reports of the blaze at the popular begging haunt. 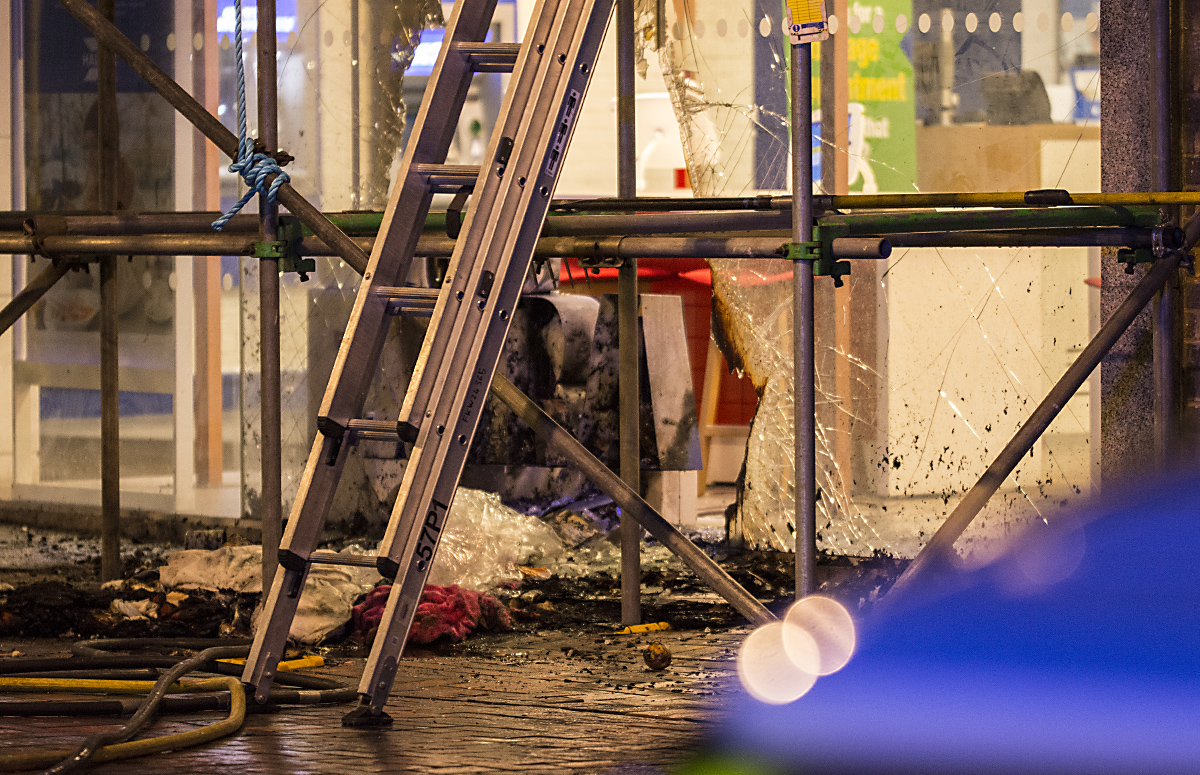 A 57-year-old local man is in custody, arrested on suspicion of arson.

In footage seen by Wiltshire 999s, we see a man run through the police cordon and attempt to beat the flames with his bare hands. Several officers had to forcibly remove the man for his own safety.

The fire caused the Halifax window to shatter under pressure from the heat, a fire spokesperson said.