A woman was seriously assaulted in an attack in central Swindon yesterday evening.

A dozen police officers swarmed the town centre following the assault in Fleet Street, where it’s believed a woman was drop-kicked in the head by a man at around 7pm. 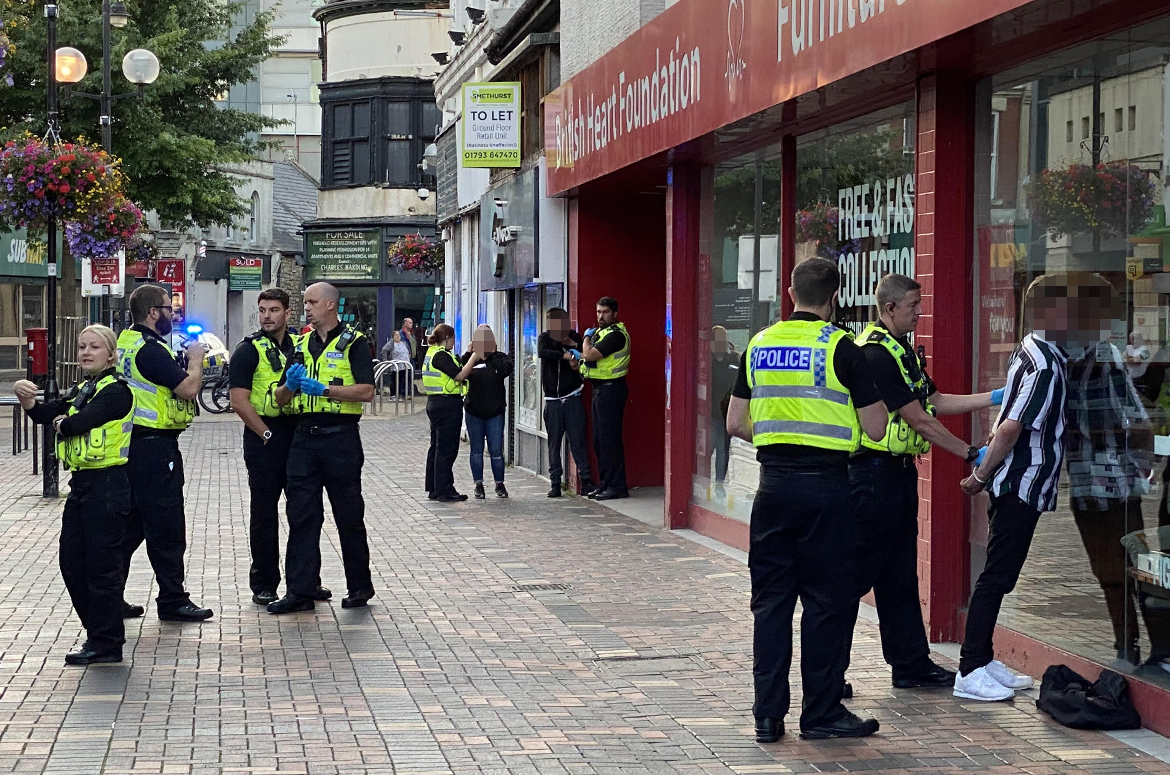 An hour after attending the scene, 22-year-old man was arrested for Grievous Bodily Harm (GBH) in Bridge Street and was taken to custody at Gablecross Police Station.

The female casualty suffered an injury to her jaw in the incident.