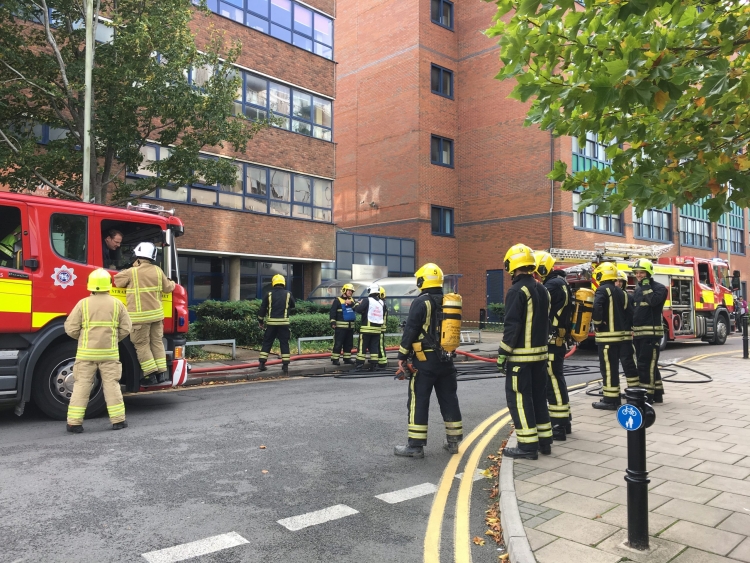 Dozens of firefighters have attended an incident at Wat Tyler House in Swindon town centre this afternoon.

A small fire, at around 2pm, in the fourth floor server room is thought to have sparked a major emergency response due to the size of the building and the number of staff within.

Around eight crews from across Swindon, west Oxfordshire and north Wiltshire are currently at the scene.

A Swindon Borough Council spokesman said: “Firefighters were called to the Council’s Wat Tyler House just after 2pm this afternoon after a fire broke out in a server room on the fourth floor.

”The building was evacuated and no one was injured. The fire is now out and firefighters from Dorset & Wilts Fire and Rescue Service remain on site to ensure the building is clear of smoke.”

The council have confirmed that the offices will be open as normal on Monday.