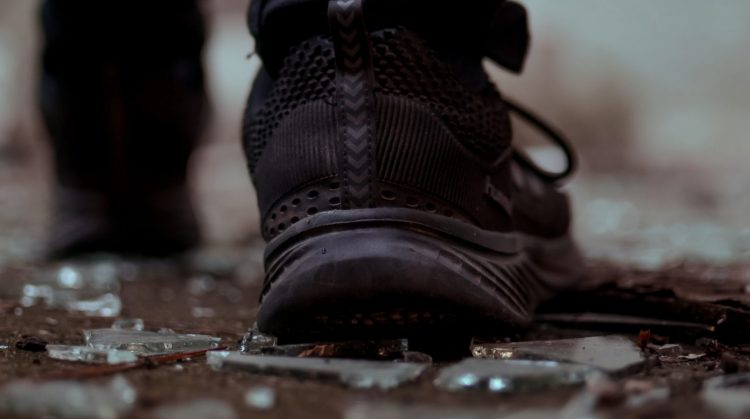 A Melksham man smashed up the home of his girlfriend after she allowed her ex-boyfriend in to use the toilet, a court heard.

Matthew Porter, 33, appeared at Swindon Magistrates’ Court this morning charged with using violence to secure entry to premises and criminal damage. He admitted the offences.

Crown prosecutor Keith Ballinger said the defendant, of Berryfield Park, ripped two doors off their hinges, broke a shelf, smashed glass and pulled light sockets off the ceiling in a jealous rage in October last year.

The destruction followed festering anger about the fact his girlfriend allowed her ex-boyfriend entry to her home to use the toilet when he collected his children as arranged.

She discovered the damage when she arrived home from a friend’s house two days after the initial argument about the matter. She located Porter in the bedroom, where she questioned him about the damage. He ignored her.

Later, whilst she was at home with her friend and her friend’s baby, he tried to gain access to the property. She refused him entry, so he proceeded to kick the door in. The door wasn’t kicked open, but the frame was spilt in by the force of Porter’s kicks.

Having been arrested, he told officers during an interview that he could not remember the events of that day due to being intoxicated, but accepted he must have done what was alleged. He told them he had an alcohol problem and gets jealous.

The housing association GreenSquare asked for compensation amounting to £1,400 for the replacement of the damaged door.

Gordon Hotson, defending, said his client has since restarted relations with his victim, claiming they are not living together and are slowly rebuilding the relationship.

He said Porter was at a low ebb in his life at the time of the incident, suffering from mental health issues and lockdown had caused him to increase his alcohol use.

This year he has sought help for his issues and stopped drinking. The defendant has also secured a new job working as a self-employed building site manager.

“Mr Porter takes issue with the £1,400 claim for replacing the door. He works in the building trade and knows the cost of parts and labour”, Mr Hoston said.

Adding: “He would estimate the cost of replacing the poor, with labour, to be no more than £700. They haven’t even decorated the new door.”

He said Porter is happy to pay compensation of a reasonable amount.

Asking magistrates to avoid imposing unpaid work, he told of how his client spends most of his free time with his 11-year-old child in Trowbridge. He said he pays child maintenance to that child, as well as another who lives in Ireland.

The bench imposed a one-year community order with 15 rehabilitation activity requirement days and a fine of £266. 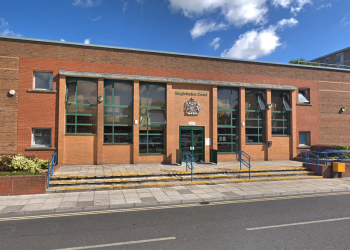