Items used in the production of illegal drugs are understood to have sparked the call to the bomb squad following a drugs raid in Swindon on Monday.

Wiltshire Police executed the warrant in Penhill the morning, only to call in the British Army’s Royal Logistic Corps bomb disposal team later in the day.

But after 24 hours of investigations at the scene in Urchfont Way, the police presence remains large — at least two forensic vans and the bomb disposal team are attending incident this afternoon. 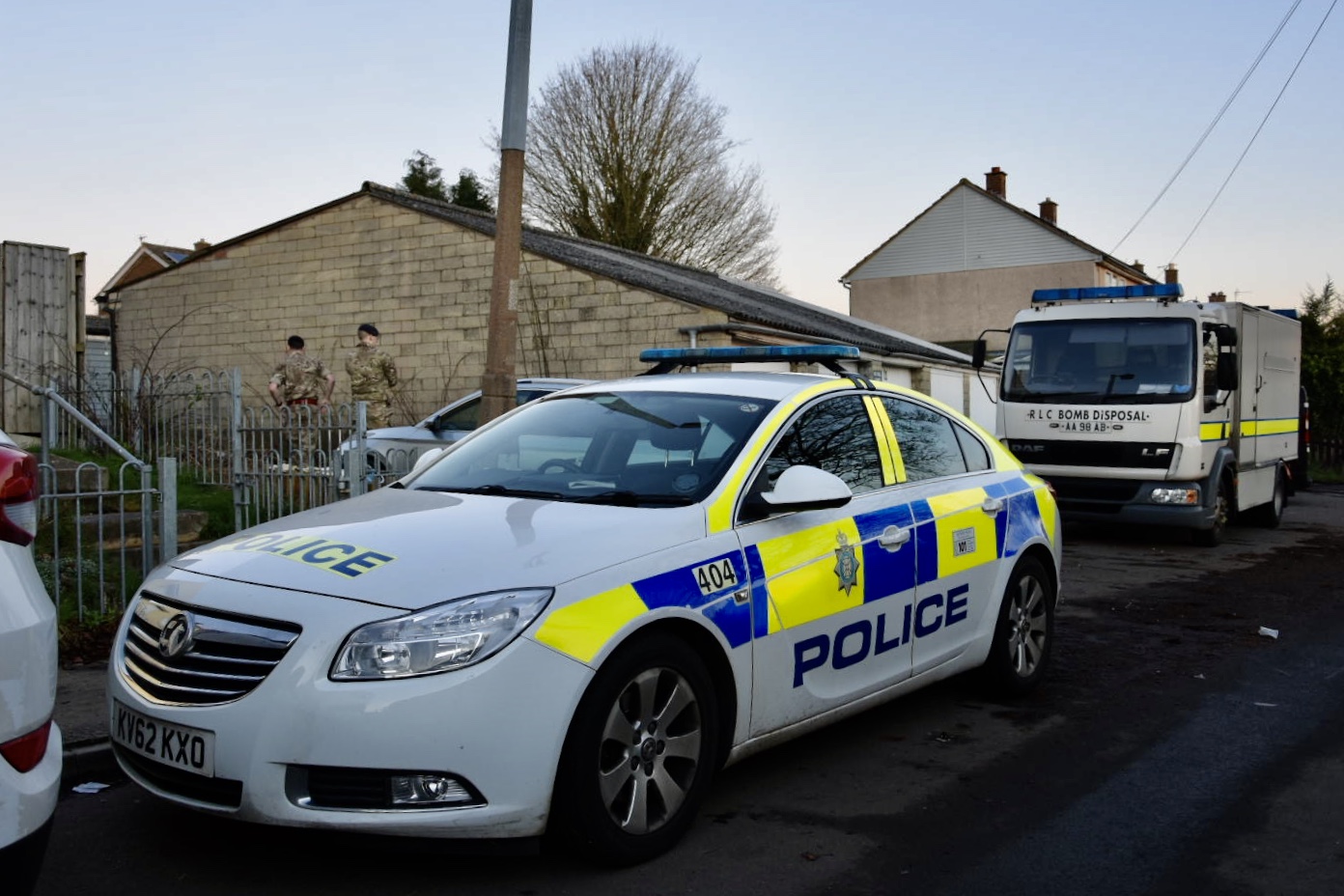 A spokesperson for Wiltshire Police said: “We believe the items discovered have been used in the production of illegal drugs and these have been seized for further analysis.

“There is no wider risk to the public.”