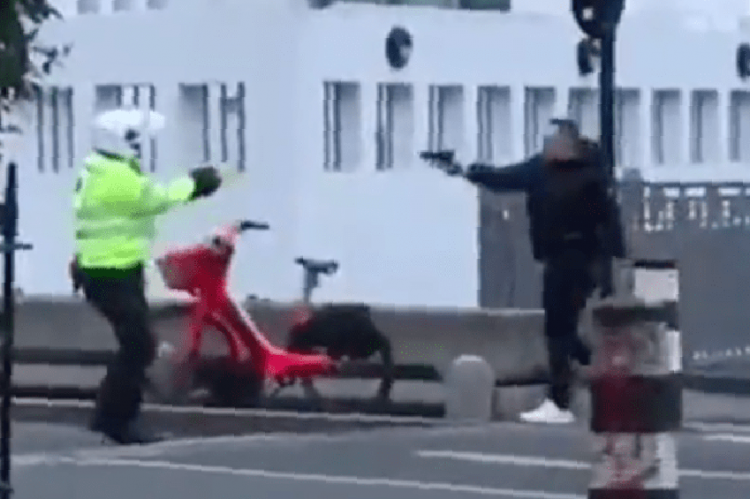 A Metropolitan Police officer who tackled a gun-wielding suspect has been praised by his force.

The brave motorcycle PC confronted the man after a pursuit through Camden, in London, ended shortly after 7.30am yesterday morning (4 February).

The suspect emerged from the car, which collided with street furniture, and pointed a black handgun at the officer – who is part of the Parliamentary and Diplomatic Protection Command.

Despite being faced with a potentially deadly weapon, the officer draw his taser and tackled the man to the ground and he was arrested on suspicion of possession of a firearm.

“His actions in the circumstances are nothing short of incredible”, Chief Superintendent Roy Smith said.

Adding: “He had no idea if the item being pointed at him was a replica or a lethal weapon and yet he maintained his composure and detained the suspect.

“Each day police officers put on the uniform and put themselves in danger to protect Londoners. This is a perfect example of the bravery and selflessness that they exhibit so often.”

This happened in Camden this morning 😮😮 pic.twitter.com/1Oylz2aR0L

The item was seized for specialist examination and was confirmed as a carbon dioxide powered air pistol.

The officer was uninjured and there were no reports of any injuries to any members of the public, however, the suspect was taken to hospital before being transferred to custody.