House smoke-logged after shed engulfed in flames in Swindon blaze 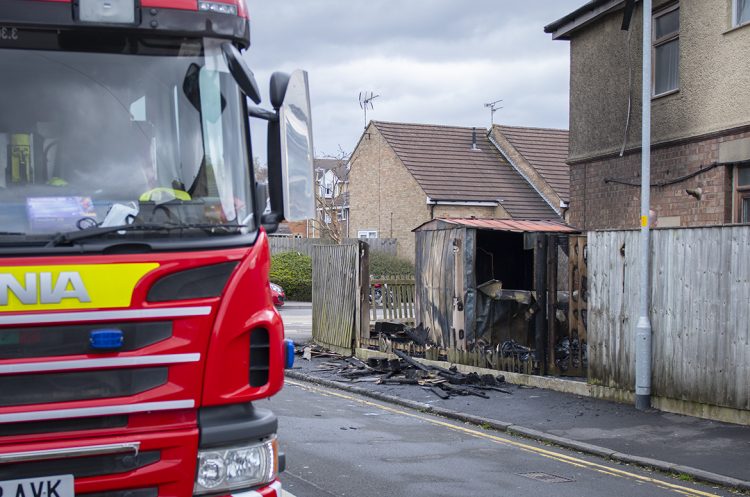 A shed and fence were engulfed in flames alongside a house in Swindon yesterday.

Two fire crews were sent to reports of a building fire in Rodbourne Road shortly after 9.30am on bank holiday Monday, 5 April.

On arrival, firefighters found a metal shed and garden fence ablaze. The flames were extinguished by two breathing apparatus wearers.

A gas engineer from Wales and West Utilities was also in attendance.

A spokesperson for Dorset and Wiltshire Fire and Rescue Service said: “We received a call at 09:39 yesterday with reports of a building fire at a property in Rodbourne Road, Swindon.

“One crew from Swindon and one from Stratton were mobilised to the incident and on arrival found one metal shed and fence well alight.

“An adjoining property was severely smoke logged so crews used positive pressure ventilation to clear the smoke and prevent escalation. The stop message came through at 10:49.”