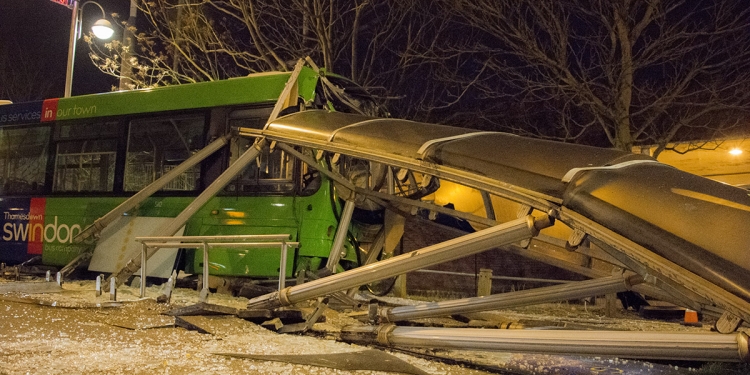 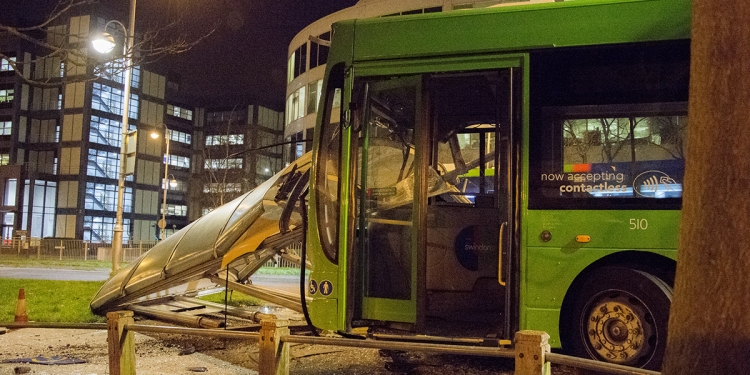 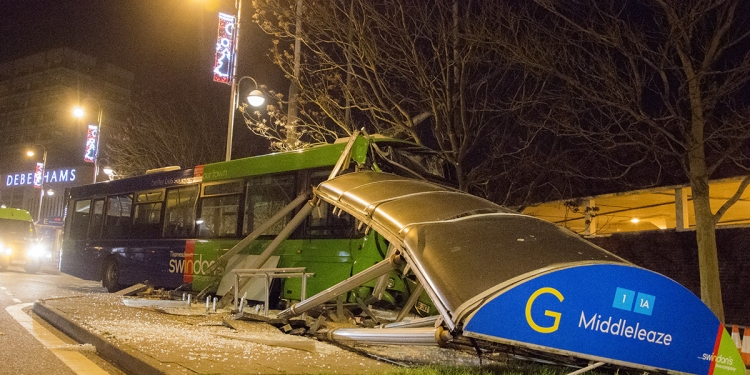 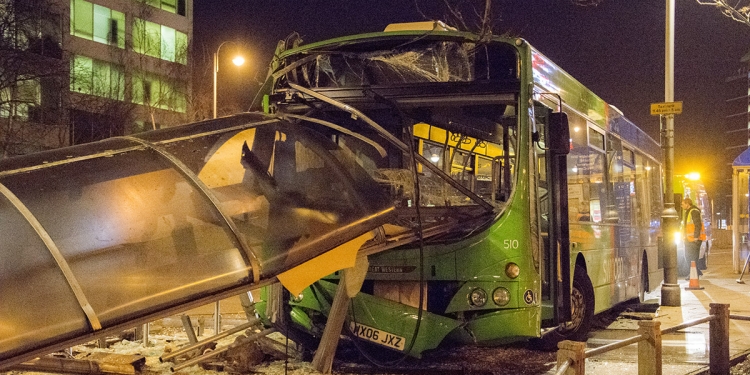 A bus shelter has been demolished in a ‘terrifying’ collision in Swindon this evening.

Luckily, passengers waiting at the number 1/1A bus stop as boarded the bus before it lost control and collided with the bus shelter – totally destroying it – at around 6.15pm today on Fleming Way.

Michelle, 21, and her mum, 57, who were on the bus at the time of the crash said: “We’d only just got on the bus and as it was leaving, it crashed. All of a sudden, it got really bumpy all of a sudden and I didn’t know what was happening. Then the bus smashed through the bus shelter we got on at.

“After it crashed into the shelter, the driver told us that he didn’t really know what happened – he just lost control. I was with my mum at the time and it was absolutely terrifying.

“It was quite difficult to get off the bus too, the windscreen was smashed into the bus and there was loads of glass all over the floor.”

Despite the dramatic scene, luckily, no one was injured during the collision.