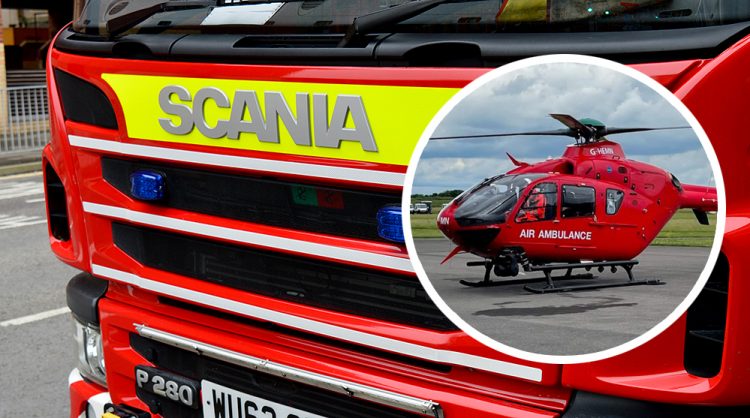 Firefighters have rescued a man who was trapped under a heavy printer in Melksham.

Emergency services were called to the scene in Sandridge Road shortly before 12pm today (12 June).

Travelling in a temporary red helicopter, critical care medics from Hampshire and Isle of Wight Air Ambulance – based out of Thruxton Aerodrome – landed in King George V Park.

The charity’s usual yellow and green helicopter is currently offline, as it undergoes maintenance.

Fire crews from Trowbridge and Bradford on Avon were sent to the incident, where a heavy printer fell onto a man’s legs, trapping him beneath.

A spokesperson for Dorset and Wiltshire Fire and Rescue Service said firefighters “used airbags to lift the machine”, allowing the man to be freed and taken to hospital.