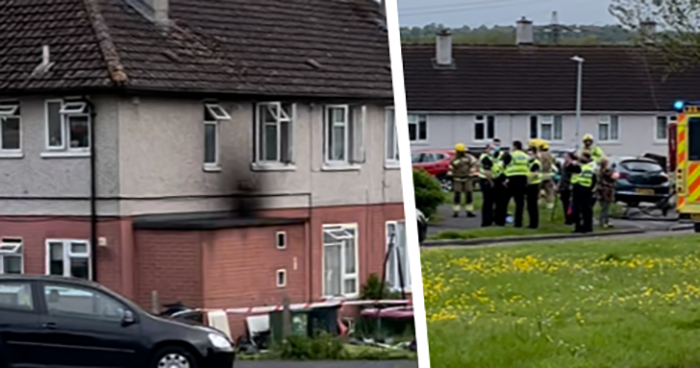 Eight cats have been rescued from a serious flat fire in Swindon this evening.

Fire crews raced to the scene in Elborough Road, Moredon, shortly before 6.30pm following reports of a property ablaze.

Whilst firefighters were responding to the call, the incident was upgraded to a persons reported fire – meaning it’s believed someone was inside the flat.

On arrival, crews found the family had managed to exit the flat, but a number of pets remained inside.

Firefighters, from Swindon, Stratton and Westlea stations, rescued eight cats from the building and extinguished the flames.

They used breathing apparatus, hose reels and main lines to put out the fire.

Fire crews and police remain at the scene.