The findings of an investigation into Wiltshire Air Ambulance after two incidents involving the aircraft in the past two years has been published by the Air Accidents Investigation Branch today.

As first reported by Wiltshire 999s in 2018, the Bell 429 helicopter span out of control at high speed on the helipad at the charity’s then-new airbase in Semington, near Melksham, on 15 June.

The 49-year-old pilot – who has amassed nearly 4000 flying hours in their career – performed an automated Power Assurance Check (PAC) after the aircraft returned from Wanborough, just outside Swindon. Early into the check, the pilot heard a loud ‘crunch’ behind their seat and the helicopter began to lurch to the right and bounce up and down. The aircraft then rotated two-and-a-half times in ten seconds before the pilot shut down the engines and applied the rotor brake.

The report found that the pilot “could have stopped the rotation using the pedals but, for several reasons, did not do so”. Those reasons included that the pilot did not have their feet on the pedals, they were disorientation by the coriolis illusion and because training for such a scenario had not been provided, or even discussed.

“The pilot of [Wiltshire Air Ambulance] did not think the helicopter would become light on its skids or lift off during a PAC, and several of the operator’s pilots stated it was common practice to do the PAC with their feet off the pedals”, the report deduced. It also said the the charity’s pilots had very limited access to a single available aircraft manual, and did not have access to the Bell online portal which would also provide them with a copy of the manual.

Wiltshire Air Ambulance is understood to have issued guidance to its pilots stating that they should guard the pedals whilst carrying out a PAC, but failed to record it as a formal event in its Safety Management System and none of the operator’s documents were changed to reflect the new advice. 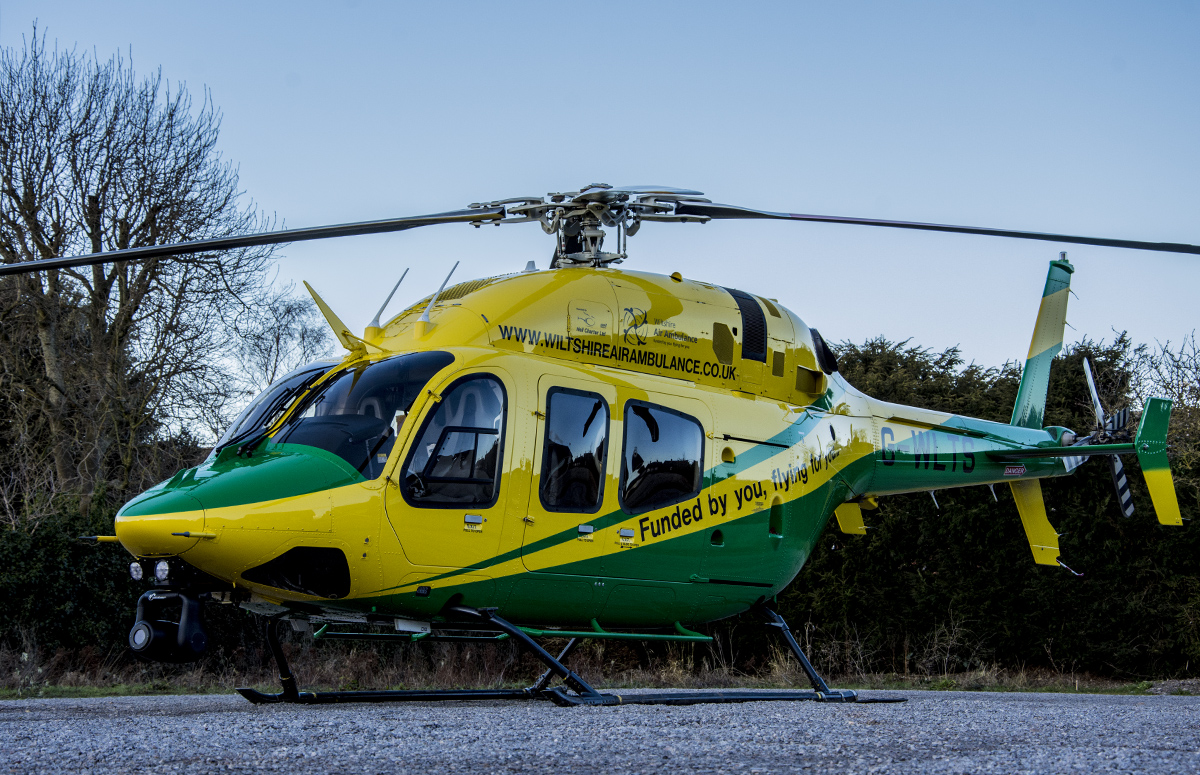 On 2 January 2019, the same pilot was preparing to conduct a PAC on the helicopter – this time with their feet on the pedals as per the revised guidance – when they received ‘unusual feedback’.

The pedals were “trying to drive towards full scale deflection left and, although the pedal loads were significant, they were readily containable through foot pressure”, the report said – showing the importance of having feet on the pedals during a PAC. This issue was caused by the Automatic Flight Control System (AFCS).

Transport Canada, the authority responsible for aviation in Canada where the helicopter’s manufacturer is based, required Bell Textron to include Normal Procedure for the conduct of the daily PACs in its helicopter’s manual to ensure pilots have their feet on the pedals during them.

Though Transport Canada indicated that the preferred long-term course of action would be to ‘change the design of the AFCS’ to remove the potential of a repeat incident.

You can find the full Air Accidents Investigation Branch report on the Government website.

“The charity takes matters of this nature very seriously, with the safety of its staff and patients absolutely paramount.

“Wiltshire Air Ambulance is pleased with the findings and conclusions of the report, which have resulted in the manufacturer being required to make a revision to the Rotorcraft Flight Manual and Integrated Avionics Manual.”