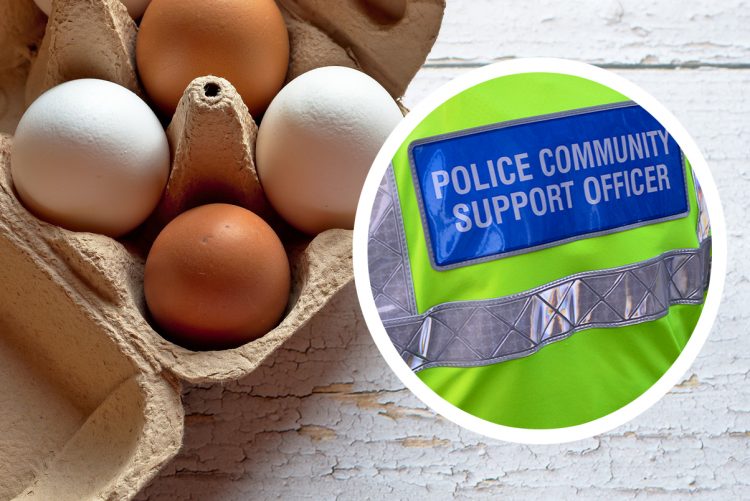 An elderly woman felt “terrorised” when youths threw eggs at her Wiltshire home.

Several addresses across Calne have been targeted by a “small number” of youngsters who are pelting buildings with eggs for their own amusement.

PCSO Mark Cook says there had been a reduction in reports of anti-social behaviour in the area over recent weeks, but they’re on the rise again.

The officer visited one resident affected by an egg attack – claiming that she was left distressed by the incident.

“Having recently visited an elderly resident, she advised me how terrorised she had felt hearing loud bangs as several eggs had hit her property windows late in the evening”, he said.

Adding: “Causing anyone, let alone an elderly person feel this way in their own home is totally unacceptable.”

Wiltshire Police is appealing for anyone with information or CCTV/doorbell footage of similar incidents to contact them on 101.

PCSO Cook continued: “Speaking frankly, I honestly cannot understand the reasoning behind this sort of behaviour. Whilst it’s an inconvenience to residents cleaning off the mess, it can also cause distress and damage in some cases.

“We intend to work closely with local supermarkets who have reported they have experienced youths attending their store stealing boxes of eggs (in some cases individual eggs), energy drinks and other items.

“This week, utilising Calne Town Council CCTV coverage, we have identified several youths who have either been involved in the theft of items from a local supermarket or observed throwing eggs and generally causing a nuisance in Phelps Parade and The Pippin.

“We have already contacted some of the parents of the children involved, and we will be progressing our enquiries regarding these matters over the next week.”