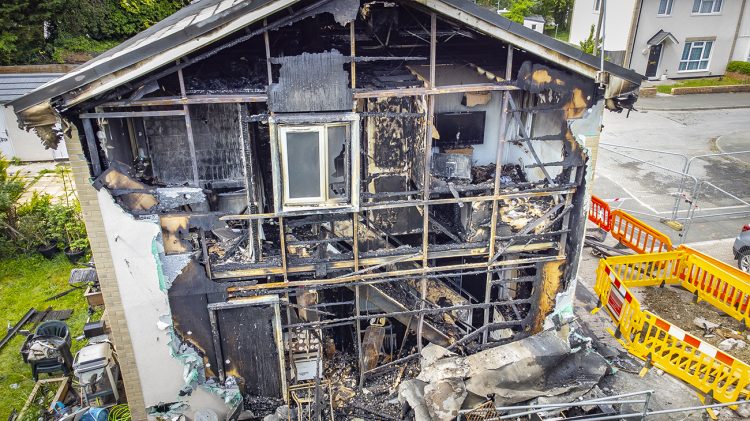 Drone photographs have shown the true aftermath of a devastating house fire in Swindon.

Emergency services rushed to the significant blaze in Holly Close, Pinehurst, at around 7.15pm yesterday evening (12 May) as a smoke plume was seen for miles around.

One house was completely destroyed by the flames whilst the adjoining home was also damaged. Police think it started when a cigarette butt was thrown on a discarded mattress in the garden.

Firefighters from across Wiltshire worked at the scene for around seven hours as they extinguished the blaze, dampened it down and checked for hotspots. 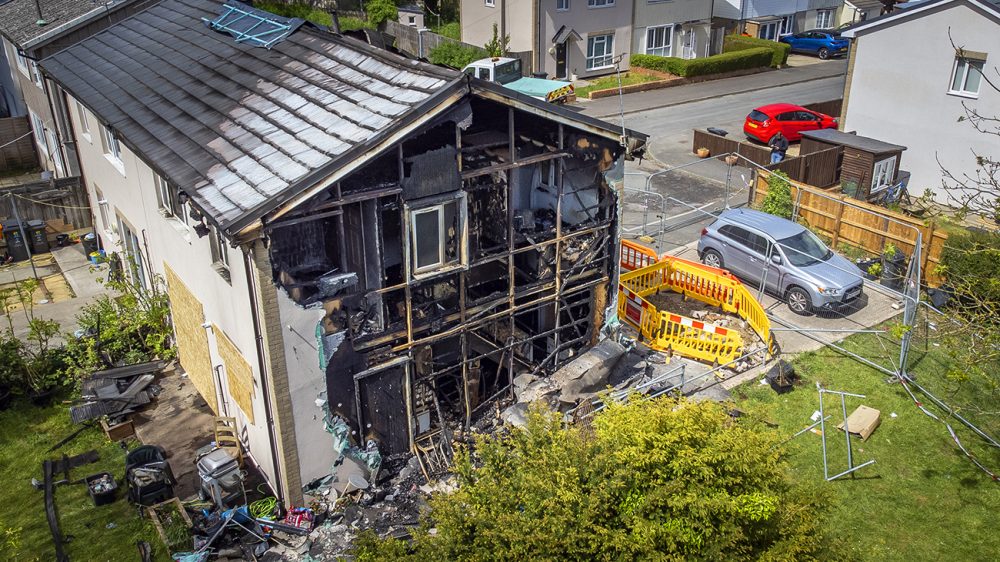 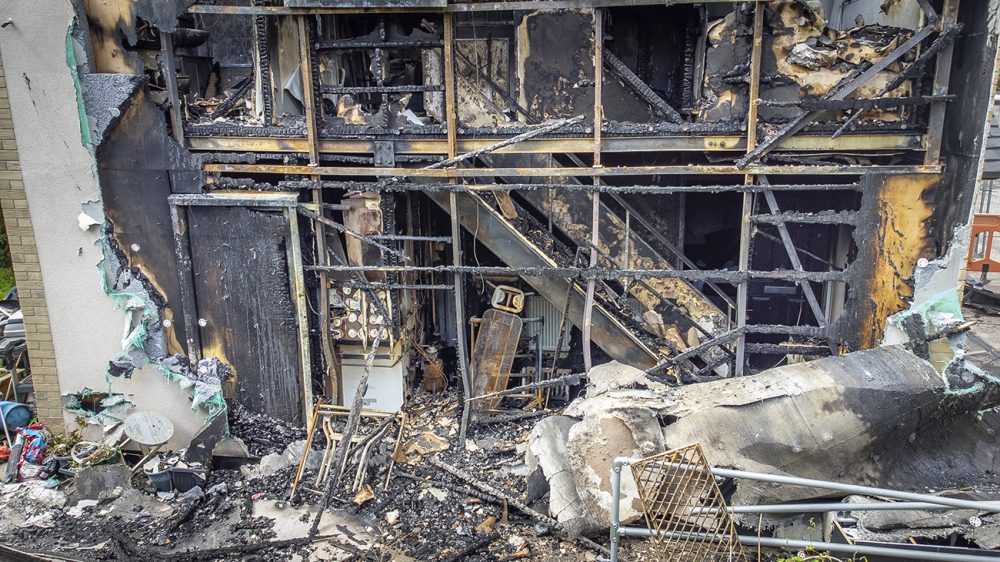 South Western Ambulance Service rushed one casualty to Great Western Hospital. Their condition is not known, but they are not believed to have been seriously hurt.

Dorset and Wiltshire Fire and Rescue Service confirmed that a total of fire engines, an aerial ladder platform, an incident command vehicle and an operational support unit attended the incident. 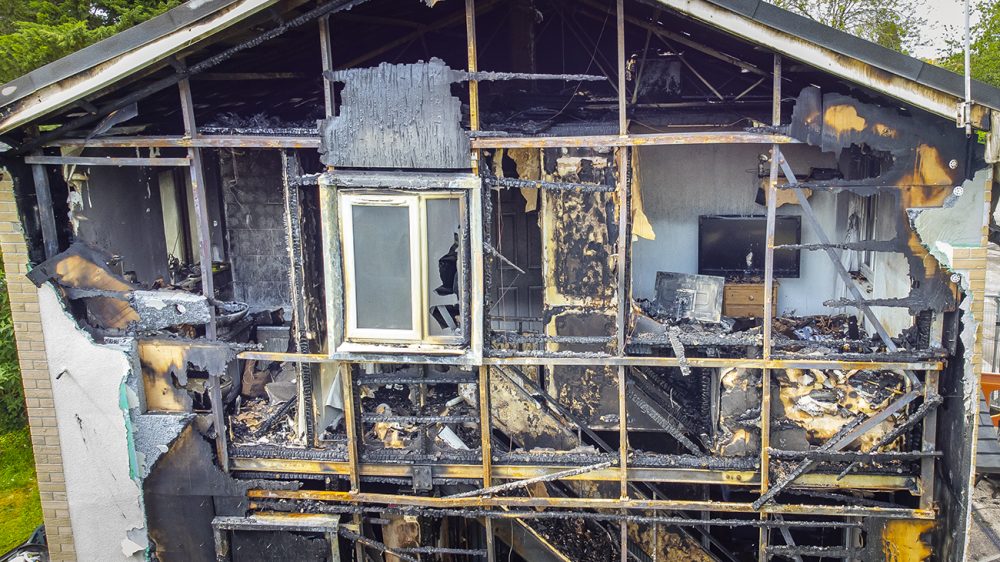 In a statement, a spokesperson said: “We were called to Holly Close, Rodbourne Cheney at 7.13pm last night for a fire affecting two properties. Crews attended from Swindon (two crews), Stratton (two crews), Westlea, Cricklade and Royal Wootton Bassett, together with the aerial ladder platform from Swindon, the incident command vehicle from Stratton and an operational support unit from Salisbury.

“A fire had started on the ground floor of one house and spread up through to the roof and also to the neighbouring house.

“Six breathing apparatus wearers, one main jet and three hose reel jets were used to extinguish the fire, and the aerial ladder platform was used to access the roof, allowing the tiles to be removed.”

As the initial fire crews were stood down, relief crews came from Amesbury, Warminster and Calne took over – and all crews had left the scene by around 2.30am.

Swindon Borough Council attended the address and boarded up the property earlier today (13 May).