Driver smiles for cameras after crashing car down Chippenham embankment

A driver’s avoided injury after crashing his car down an embankment in Chippenham.

The man, in his 20s, left the road after taking a corner too quickly in his Subaru at the roundabout which connects Pewsham Way with Avenue La Fleche.

The driver smiled and pointed at his car in the undergrowth when we began taking photographs. 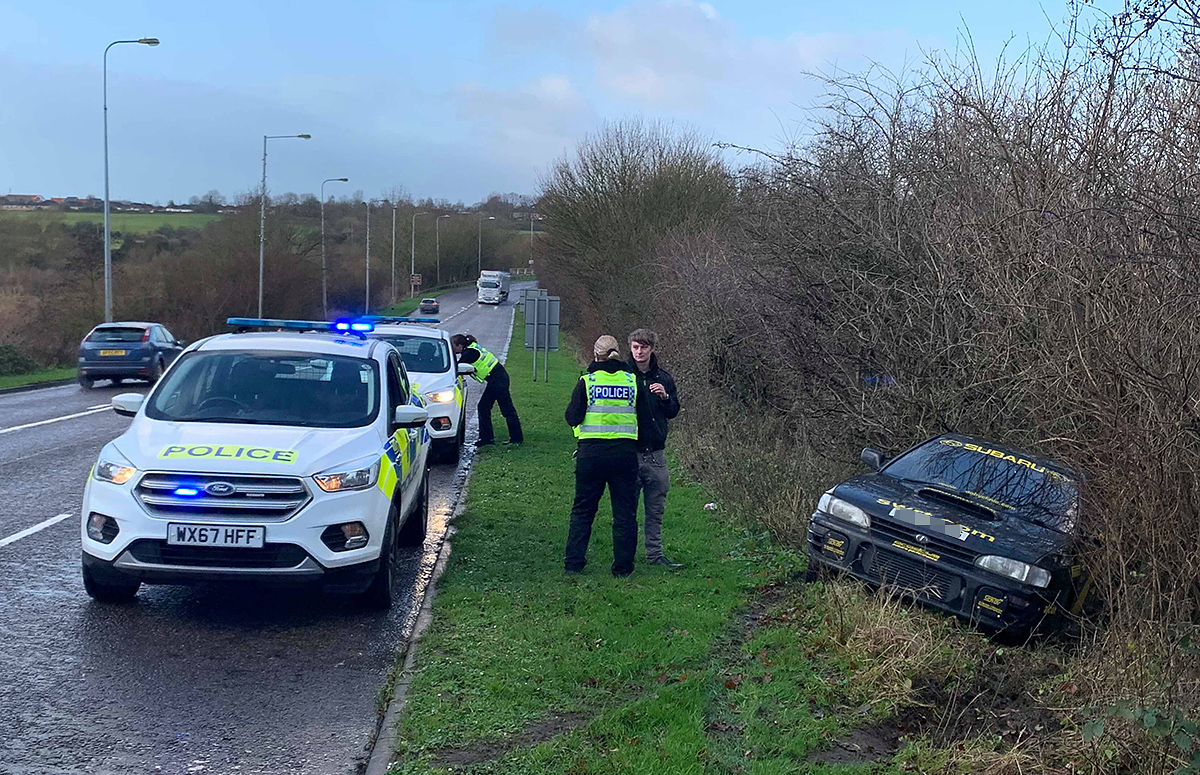 It happened at around 9.20am this morning, with two police vehicles partially blocking the road.

Police left the scene at around 10am.