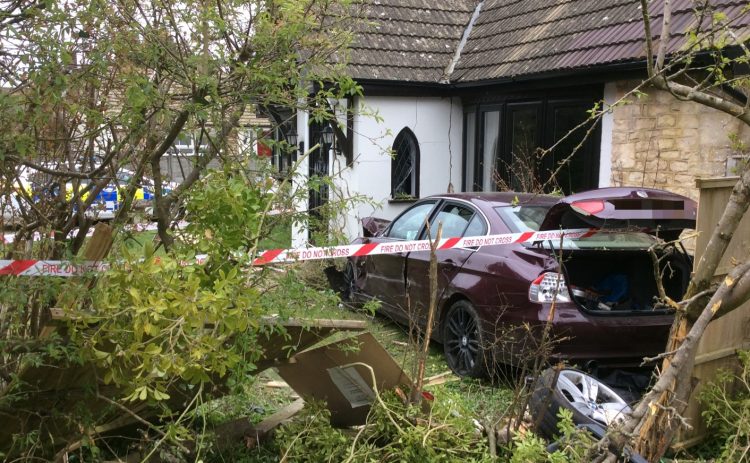 The driver of a car that crashed through two gardens before ploughing into a house has been arrested.

Emergency services, including Dorset and Somerset Air Ambulance, were tasked to the road traffic collision near Calne shortly after 12.30pm today.

A car left narrow country lane The Street, in Cherhill, before travelling through two gardens and ploughing into a house.

Local residents frantically tried to help the male driver of the vehicle — a burgundy BMW — who was found unconscious at the wheel.

Police and ambulance arrived within ten minutes, after the casualty had been pulled from the wreckage. 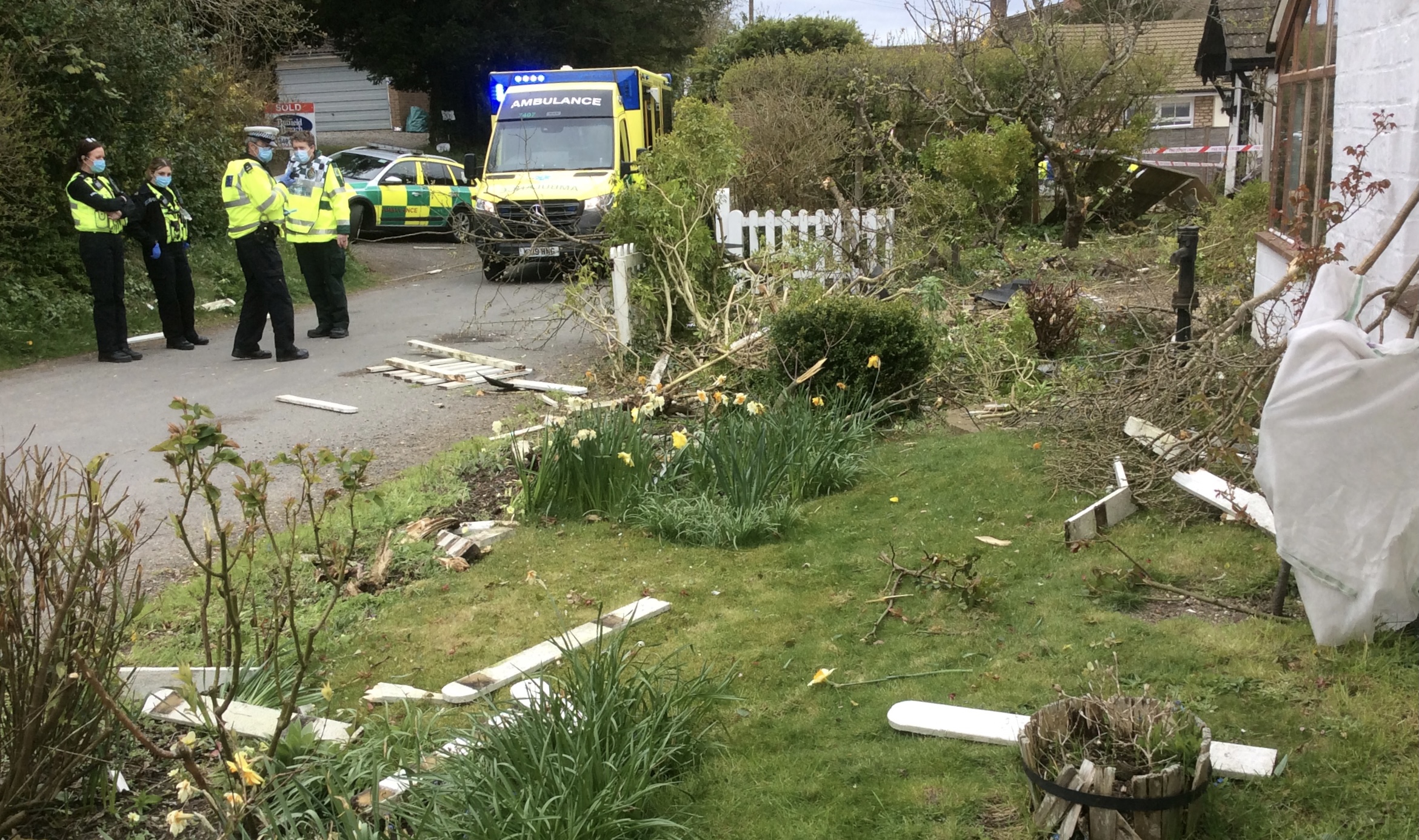 Dorset and Wiltshire Fire and Rescue Service said they sent fire crews from Chippenham, Trowbridge and Devizes were in attendance.

A Wiltshire Police spokesman said: “At around 12.35pm today (07/04) we received of a report of a car colliding with a house in Cherhill, Calne.

“Emergency services attended the incident, which happened at a property in The Street.

“He has been taken to hospital for treatment.

“Nobody else was injured, but police remain at the scene to carry out enquiries.”