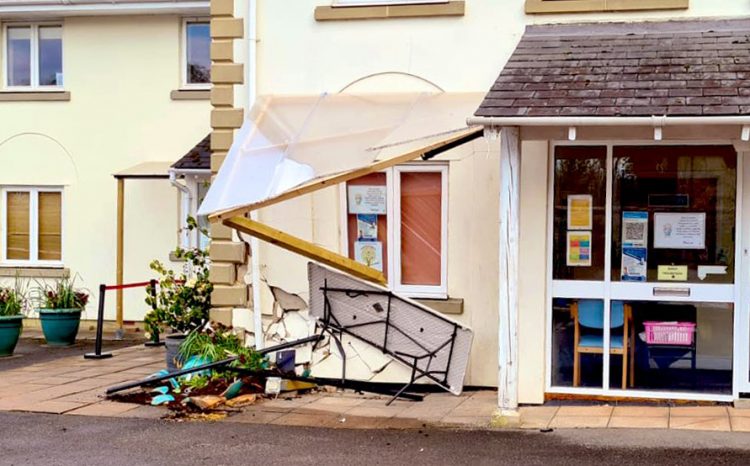 A doctor’s surgery in South Wiltshire has been left with “significant damage” after a vehicle crashed into the front of it over the weekend.

Emergency services were called to the incident at The Old Orchard Surgery in Wilton following a report of a road traffic collision at around 2.30pm on Saturday.

On arrival of 999 crews, the vehicle involved – a campervan – had left the scene in South Street.

Two fire appliances were in attendance, a specialist heavy rescue unit from Redbridge, Southampton and a local crew from Wilton Fire Station.

“A Mazda Bongo had collided with The Old Orchard Surgery, causing damage to the building”, a Wiltshire Police spokesperson commented.

Adding: “The driver of the vehicle was located and is assisting officers with their enquiries.”

The force has confirmed that no arrests have been made at this stage.

A spokesperson for Dorset and Wiltshire Fire and Rescue Service said: “On Saturday we received a call to a vehicle that had collided with a building.

“The vehicle had driven away leaving significant damage – we responded to make the scene safe.

An inspection of the building was carried out and it was established no action was required by the fire and rescue service.

Following what has been labelled as a serious incident by the surgery, posting on Facebook a spokesperson told patients to avoid visiting the site.

“Following a serious incident at The Old Orchard Surgery over the weekend, we must ask that patients do not attend the surgery unless they have a face-to-face appointment with a GP/nurse or need to collect medication”, a spokesperson for the practice said.

Adding that the surgery will be running a “reduced phone service” as a result.