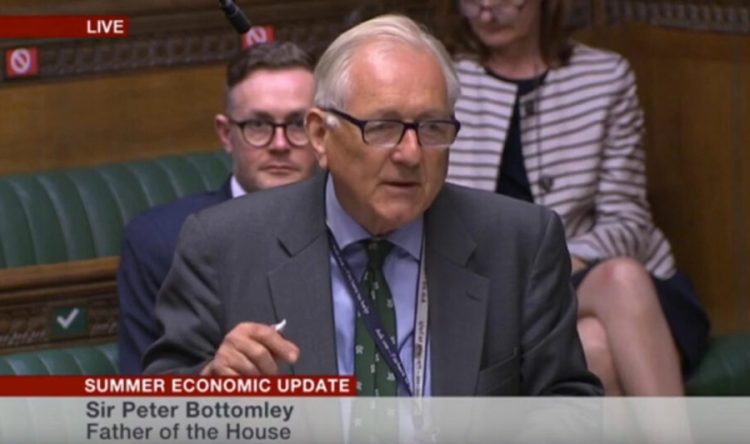 A Conservative claimed that it’s ‘desperately difficult for an MP living on £82,000’ as millions of struggling citizens’s facing a benefit cut.

Sir Peter Bottomley, a West Sussex MP with the longest continuous service in the House of Commons, said the salary was ‘desperately difficult’ for many of his colleagues in parliament.

He believes MPs should be paid the same as a doctor working in a GP practice – which averages at around £100,000 in England.

Despite 3.5 million children living in households affected by the slashing of the £20-a-week pandemic uplift in Universal Credit, he said: “I don’t know how they manage. It’s really grim.”

‘Doctors are paid far too little nowadays. But if they would get roughly £100,000 a year, the equivalent for an MP to get the same standard of living would be £110-£115,000 a year – it’s never the right time, but if your MP isn’t worth the money, it’s better to change the MP than to change the money.’

Dave on Twitter wrote: “He has empathy for his fellow MPs but obviously not to the majority of his constituents.

“I find it hard to believe anyone can be this out of touch, is he taking the p**s or sharing a private joke with his mates?”

Whist another, Tia, commented: “Such arrogance. Talk about rubbing our noses in it when today your Government has taken away £20 per week for working poor.”

Charity Save the Children warned the loss of around £80 a month for some of the country’s poorest households could see tens of thousands of children without food or warmth this winter.

“People we work with tell us they’ve been relying on this £20 lifeline to buy essentials like food and clothing for themselves and their children”, a spokesperson said.