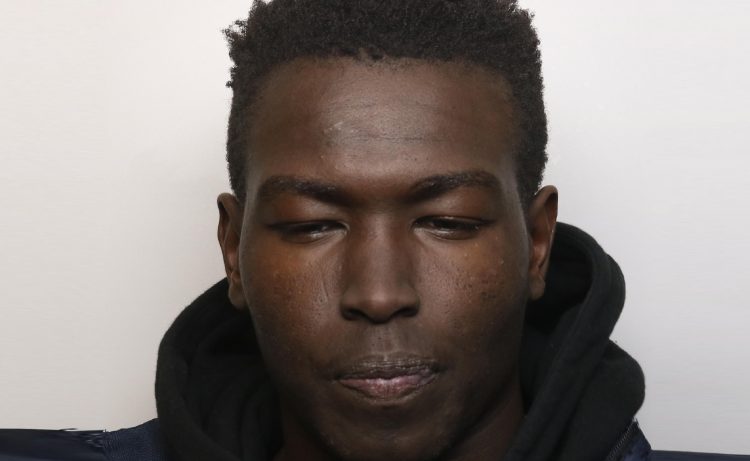 A drug dealer who led police on a high-speed pursuit before attempting to flee his vehicle has been jailed.

Dwayne Komakech, 25, of no fixed address, London, pleaded guilty to possession with intent to supply crack cocaine, possession of criminal property, possession of a knife, dangerous driving and driving whilst disqualified.

He was sentenced at Swindon Crown Court today to five years and 10 months imprisonment. He was also disqualified from driving for five years and four months.

On the evening of January 23 this year, officers became aware of a black BMW travelling on the M4 between junctions 18 and 17 eastbound – it was believed the vehicle had been involved in crime. The vehicle was seen to reach speeds of up to 120mph and began undertaking other vehicles on the hard shoulder. Officers activated their blue lights but the vehicle failed to stop and so a pursuit was authorised. The vehicle came off the M4 at junction 13 due to a road closure, went through four red lights narrowly missing oncoming vehicles, before turning down a dead-end and colliding with an iron gate.

The driver – Komakech – attempted to leave the vehicle and run from officers but was quickly detained and arrested. He was found in possession of four mobile phones, a lock knife and over £2,500 cash. A large amount of class A drugs – estimated to be worth approximately £6,000, as well as a kitchen knife and drugs paraphernalia including ammonia, bicarbonate soda, digital scales and pyrex jug were also located inside the vehicle, all of which are hallmarks of county line drug supply. Further enquiries by officers found Komakech was a disqualified driver at the time of his arrest and had cannabis in his system.

Det Sgt Joe Shanklin, of the Dedicated Crime Team, said: “Komakech went to great lengths to evade police – his level of driving was extremely dangerous and could have ended in serious injury to innocent members of the public. The efforts of the Armed Response Unit and Roads Policing Unit demonstrated Komakech’s intent on getting away from officers. He drove at high speed, undertaking vehicles, driving through numerous red lights and coming in to close contact with other road users before eventually being forced to come to a stop having driven down a dead end. Despite being disqualified from the roads, Komakech had used a hire car to travel around the country to supply class A drugs – the discovery of knives in his possession and within the vehicle clearly show he was willing to result to violence whilst supplying these drugs.

“Throughout his time in custody, Komakech was extremely volatile, threatening violence towards staff and officers. I am therefore pleased that a custodial sentence has been given on this occasion – this behaviour is unacceptable and will not be tolerated within our county. We will continue to work closely with other forces to tackle individuals like Komakech who often travel from the capital along the M4 corridor as their chain of supply expands around the country.”